Fitplan, a personal training app that connects its members to trainers for their workout plans and advice, has announced a group of prominent investors that includes former Major Leaguer Alex Rodriguez.

The funding round was co-led by Corazon Capital, a VC fund that includes tech operators Phil Schwarz, former CMO of Tinder, and Sam Yagan, co-founder of OKCupid, Sparknotes, and former CEO of Match Group.

Said Schwarz, “Tinder aimed to improve people’s lives through relationships; we’re excited about the parallel potential in Fitplan to improve the lives of its members through fitness.”

Rodriguez, a 14-time MLB All-Star, three-time American League MVP, and World Series champion, retired in 2016 after 22 seasons. He has since become a mainstay on ESPN and Fox Sports. Rodriguez also founded A-Rod Corp, broadening his investment portfolio beyond its original real estate focus to encompass assets across a wider array of industries.

A-Rod Corp is a fully integrated investment firm that holds positions in nearly a dozen portfolio companies spanning sports and wellness, media and entertainment, technology and consumer goods. Mastrov founded 24 Hour Fitness, is part-owner of the Sacramento Kings, and is Rodriguez’s partner on numerous fitness businesses.

“I’ve worked out with the best trainers in the world, and Fitplan has put together the best collection of trainers in one place that I’ve ever seen,” said Rodriguez, who discovered Fitplan as a member before becoming an investor. “I’m also really excited to invite all Fitplan members to work out with me, so I’m launching my own Fitplan on the platform applying the routines that I’ve used in my workouts over the last 25 years.”

Fitplan co-founder and CEO, Landon Hamilton added, “We built Fitplan to be the home for the world’s best trainers, athletes, and fitness personalities, so it was a perfect fit for Alex to join. Alex has also already been instrumental in helping us line up even more amazing athletes for Fitplan. We can’t wait to launch those athletes’ Fitplans in the coming months.”

Launched in 2016 by Cam Speck and Landon Hamilton, Fitplan’s training routines range in both length and intensity and are meant for all levels of experience, from beginner to fitness pro. Workouts range from 20- to 30-minute routines, tailored for those crunched for time, to more intense 90-minute workouts, to extended multi-week plans. The latest investment will be used to enhance product development and add more athletes to one of the fastest-growing fitness apps available. 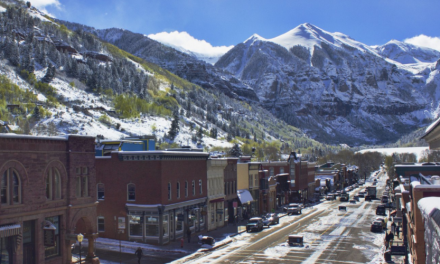