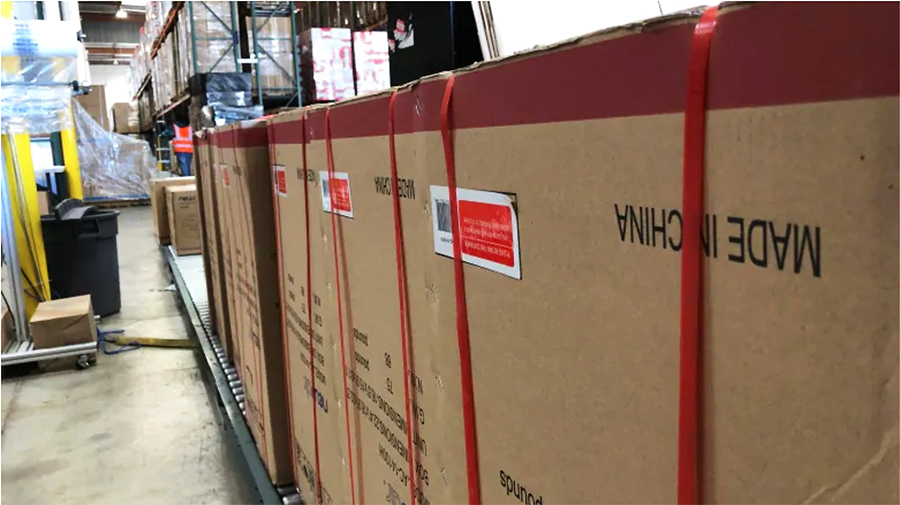 With another round of tariffs arriving on September 1, tariff-mitigation strategies were again detailed on recent quarterly conference calls. Only a few companies significantly reduced earnings forecasts at least for 2019 due to their likely impact.

The following are some comments from recent quarterly conference calls.

Sportsman’s Warehouse Inc. has seen a “fairly nominal minimal impact” from tariffs enacted so far this year. Robert Julian, CFO, said, “We had been working with our vendors and in some cases, some of the product was already on the water being delivered. We feel like the exposure this year is relatively nominal. It’s hard to predict what’s going to happen with the tariffs going forward, and we’re not trying to project the impact into 2020. We aren’t providing any guidance in that regard right now. Bu,t in the short-term, the impact we found has been fairly nominal.”

Jon Barker, CEO, added that Sportsman’s Warehouse vendors seem uncertain about what the ultimate outcome will be. Barker said, “Some of our categories are influenced greater than others, and we are going to continue to stay very close to it. We are talking to our vendors on a daily basis. And given our scale, we have the ability to work through this better than most in our industry. So, we will keep watching it.”

He added, “I think like all of them, all retailers, we will have to ultimately pass some of the price increases on if they flow through to the consumer, and that will be the piece that we all have to monitor the most.”

Genesco Inc., the parent of Journeys as well as the similar U.K. based Schuh chain and Johnston & Murphy, doesn’t expect the “impact will be significant” this year, according to Mimi Vaughn, COO. The cost is estimated to be approximately $1 million and is not yet included in guidance “as it remains a very fluid and dynamic situation.”

Vaughn said that on an annual basis, currently about one-third of Genesco’s merchandise is imported from China with approximately 10 percent from direct imports and the remaining amount imported by third-party vendors. For Journeys. which accounted for 65 percent of Genesco’s total sales last year, Genesco estimates that 30-to-40 percent of the product the chain purchases from third-party vendors is currently sourced from China.

Said Vaughn, “We do know that many of our vendors especially the bigger ones, which represent the majority of our purchases, have some time ago diversified their sourcing to include countries in addition to China. Therefore, we anticipate they will ship as much product sourced from factories and places like Vietnam to the U.S., as they can to mitigate any impact. The good news is that, to date, we have not heard from any of our footwear vendors that they intend to pass on price increases for this year.”

Lululemon Athletica Inc. lifted its full-year guidance to $4.63 to $4.70 from $4.51 to $4.58 due to strong second-quarter performance. The guidance, however, includes additional costs in the range of 4-to-5 cents a share within gross margin related to the China tariffs and airfreight expense as a hedge against potential port congestion related to tariffs. PJ Guido, CFO, said the chain’s direct exposure to China is relatively small, at only about 6 percent of finished goods.

“That percentage is down considerably, given how we have diversified our vendor base,” added Guido. “We’ve never had more flexibility than we do today in our supply chain. So, going forward, we do not expect it to be a big impact on the business.”

Zumiez Inc., the action-sports chain, has not felt “any meaningful impact” from the 25 percent tariff that arrived in May and affected some accessory categories, according to Christopher Work, CFO, The retailer is working with brands to mitigate the 15 percent tariffs starting September 1 that impact apparel and footwear, the chain’s largest categories.

Work noted that goods sourced from China have been reduced to about 41-to-42 percent of product from 45 percent in the first quarter and down from about 60 percent for all of 2017. Much of Zumiez product is also screen printed with the blanks coming in at a lower cost with valued added in the U.S., he further noted.

Work said Zumiez will explore moving production, price adjustments with foreign currency changes and cost-savings in the supply chain. As a last resort, prices on some smaller brands, that have less scale and less opportunity to move production, may have to be raised; however, Work added, “to this point, we haven’t seen it, it’s still kind of an issue we’re monitoring, and we’ll see where that goes.”

G-III Apparel Group Ltd. lowered its earnings guidance for the year after indicating that the company expects the fourth tranche of tariffs to cost the company approximately $12 million for the year. But shares rose despite the lowered expectations because the estimated tariff hit was less than analysts’ expected.

On a conference call with analysts, CEO Morris Goldfarb indicated the company is taking numerous steps to mitigate the impact of tariffs.

First, G-III has been reducing its exposure to China. Production in China will be down to less than 50 percent this year, down from 80 percent sourced from China four years ago.

“Most importantly, we’ve done so with the comfort of knowing that we are in the right countries with the right partners,” said Goldfarb. “We believe we have significant additional sourcing opportunities outside of China over the next several years.”

To directly address the new tariffs, G-III has strategically accelerated inventory receipts from suppliers and that’s reflected in inventories being ahead 24 percent at the quarter’s close.  Goldfarb also said he recently met with several of the company’s largest Chinese vendors “who continue to be extremely supportive in sharing the tariff costs implemented today.”

As a result, the accelerated shipments and expected vendor support are expected to minimize the impact of tariffs this fiscal year.

Goldfarb added, “Looking ahead to next year, while the effect of trade negotiations and tariffs between the U.S. and China remains uncertain, we expect to be able to mitigate the impact of tariffs through continued expansion of our sourcing alternatives, obtaining further price concessions from our vendor partners in China and implementing selective wholesale price increases where we deem appropriate.”

Designer Brands Inc., the parent of DSW, reported second-quarter results that topped Wall Street’s targets but didn’t raise its guidance due to, in part, the uncertain tariff situation. Jared Poff, EVP and CFO, stated, “We did not want to be aggressive in our guidance then ignore what is very large uncertainty; however, we feel we have many avenues to help Designer Brands mitigate the impacts of tariffs.”

On the product it makes itself, Designer Brands is “negotiating hard” with factory partners. The company estimated the weakening yuan versus the U.S. dollar has led to a 4-to-6 percent benefit to factory partners that are expected to translate into tariff mitigation.

Additionally, as the recently-acquired Camuto business gets back into growth mode, the number of units the company produces is expected to increase 70-to-100 percent over the next few years and “significant” scale in production is expected.

At the company’s retail segments, Designer Brands is using DSW’s scale to push back on the vendor community against any proposed price increases. Poff said, “We are one of the largest accounts to nearly all of our vendors, and we are certainly one of, if not the largest account, generating growth for our vendors. As such, we intend to hold firm on pricing and find ways to utilize our own brands to help mitigate the tariff impact; therefore, we believe we have the ability to mitigate much of the impact of the currently imposed tariffs especially for the remainder of 2019.”

Longer-term, Poff said the company’s growing scale with factories, current and growing scale in retail segments and its ability to flex assortment between vendors and exploit its own brands, “gives us tremendously more flexibility in maneuvering around the tariff landscape than many of our peers.”

American Outdoor Brands said that since much of the company’s Outdoor Products & Accessories business involves China manufacturing, the company has been taking steps to mitigate their impact, including securing sources in other low-cost countries. James Debney, president and CEO, however, said those opportunities “have begun to rapidly diminish.”

He added, “Our supply chain in China is relatively sophisticated compared to those available in other low-cost countries. So rapid change is difficult. In addition, to bring in an entirely new manufacturer online takes time, and the duration of the tariff is still very unclear.”

Shoe Carnival sees “very, very little impact” to margins this year from tariffs. Only about 10 percent of the product the company imports internally was impacted by the September 1 tariffs. Most of the items, affected by the second list that becomes effective December 15, will be received by Shoe Carnival before that date. Sifford didn’t elaborate on expectations for 2020 but also noted that no price increases have yet been asked for by vendors.

Caleres Inc., the parent of Famous Footwear as well as Naturalizer, Sam Edelman, Allen Edmonds, Dr. Scholl’s and other footwear brands, reiterated its guidance for the year that takes into effect the better-than-expected second quarter and the potential impact of tariffs.

On tariffs, Diane Sullivan, CEO, at Caleres, said that Caleres has been moving the company’s supply chain to mitigate the impact of increasing tariffs for footwear produced in China. The company now sources approximately 40 percent of products outside of China, up from less than 15 percent five years ago.

“We continue to leverage our sourcing expertise, shifting additional production out of China, working with our partners to reduce costs, while also selectively exploring price increases where they will be least disruptive to our consumers,” said Sullivan. “While the situation remains fluid, we are working this real-time and are confident that we will find the right solutions to minimize the risk associated with tariffs throughout the balance of the year and into 2020.”