Aldila’s Profits Plunge in Q4 and FY, But Backlog Improves

“Our sales of composite prepreg materials in the fourth quarter 2006 were up 1% versus the comparable quarter last year and represented 11% of consolidated sales in the quarter,” said Mathewson.

“After declining sales in our second and third quarters in 2006 versus the comparable quarters of 2005 we achieved flat sales in the fourth quarter of 2006 compared to the fourth quarter 2005 and our backlog remains strong. Our gross margins were impacted by a large increase in our OEM golf shaft sales and declines in our branded and co-branded shafts during the quarter. Golf equipment sales as a whole were relatively weak in 2006 with driver club units down the most of any category. Driver shafts are a key category for us as they represent the best branded and co-branded opportunities with higher selling prices. All in all our results for 2006 were good and Aldila has delivered three straight years of success in a challenging business. Looking at this year's line up of new driver offerings, especially the new square shaped high moment of inertia drivers, we are hopeful that consumers will embrace this new technology story,” Mathewson said.

“The Aldila NV(TM) and VS Proto(TM) series of shafts continue to be leading shafts on the PGA and Nationwide Tours. After enjoying numerous victories throughout 2006, Aldila closed out the year as the leading manufacturer of wood and hybrid shafts at the season ending Tour Championship and the PGA Tour Qualifying School. As the 2007 PGA Tour gets underway, Aldila was once again the leading brand at the Mercedes Championship. We also recorded our first win of the year at the recent Sony Open with the winner using an Aldila NV(TM) shafted driver. At the opening full field event on the LPGA Tour, Paula Creamer playing in the SBS Open won the event to start her year off in a big way. Paula was playing her customary pink NV(TM) in her driver and fairway wood. The Aldila VS Proto(TM) and NV(TM) Hybrid shafts have been the number one hybrid shafts at every event this year on the PGA Tour, according to the Darrell Survey Company. The PGA Tour continues to be the ultimate proving ground for new shaft introductions. We are enjoying great feedback on our VS Proto(TM) and VS Proto(TM) Hybrid shafts and the numbers being played continue to increase,” said Mathewson.

“This success on Tour translates directly to our leading brand position in the market as confirmed by the latest Darrell Consumer Survey. In their 2006 U.S. National Consumer Survey, Aldila was the most popular shaft brand in new Drivers, Fairway Woods and Hybrid clubs. In fact, Aldila branded shaft usage has more than doubled in the last two years. The Executive Summary from the report goes on to say, 'Aldila leaps to the number one spot in new consumer driver shaft usage — a bellwether event in the continuing emergence of shaft-manufacturer branded shafts.' The Darrell Consumer Survey is the largest annual consumer golf-equipment survey by brand,” Mathewson said.

“The construction of our new Vietnam factory is now complete and the installation of equipment is under way. We are on schedule to begin limited production late in the first quarter of 2007. We are extremely pleased with the quality of the construction and look forward to beginning operations. Virtually all key management positions have been filled and the supervisors have spent training time in our China factory. Our twin goals of adding Asian capacity and diversifying risk from having too much of our capacity in one country have been met,” said Mathewson.

“Our composite materials business continues to grow with sales up 20% year over year. An additional wide tape line will be installed late this year to add further capacity to support our growth plans for this business unit,” Mathewson said.

“Our hockey sales declined in the fourth quarter of 2006 but were up for the year. We have struggled with this business and at this time do not see it as a meaningful part of our business today or in the future,” said Mathewson.

“Carbon Fiber Technology LLC ('CFT'), our joint venture carbon fiber facility, ran smoothly during the quarter and for the year its output exceeded production in 2005 by 17%. We will be targeting a double digit increase in production in 2007,” Mathewson said.

“With the expansion of our prepreg operation over the last few years, our plans for additional expansion and our overall Company growth, we have run out of space. To solve this problem we have leased additional space in our business park. In 2007, we intend to move our golf operations, executive offices and all support functions, including warehousing, into this facility. This would leave the composite prepreg production at the original Poway facility and provide the necessary room for expansion,” said Mathewson. 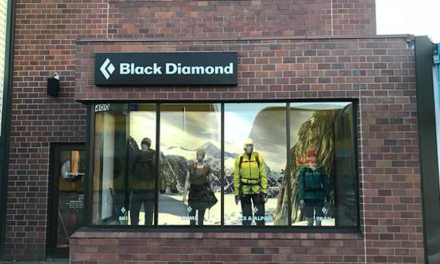 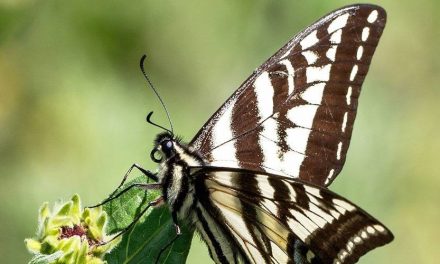