Aldila, Inc. reported third quarter net sales declined 15.5% to $16.3 million, compared to $19.3 million in the comparable period of 2005. The company reported net income of $2.9 million, or 51 cents per diluted share, for the third quarter ended September 30, as compared to net income of $3.8 million, or 68 cents a diluted share, for the comparable period of 2005.

The quarter benefited from a settlement as a class member in a civil suit against certain carbon fiber producers in the amount of $2.2 million pretax. Excluding the benefit from the settlement, the company's net income would have been $1.4 million, or 26 cents per diluted share.

“In our third quarter 2006 sales of golf and related products were 19% lower than in the comparable quarter of 2005,” said Mr. Peter R. Mathewson, Chairman of the Board and CEO. “Sales of composite prepreg materials in the third quarter of 2006 were up 14% as compared to the 2005 period and represented 13% of consolidated sales in the current quarter. The average selling price of golf shafts decreased 9% quarter on quarter on a 12% decrease in unit sales. Branded golf shaft sales decreased 32% and co-branded sales decreased by 73% versus the 2005 third quarter and together represented 38% of our golf shaft sales in the current quarter as compared to 58% in the comparable quarter last year. The company's backlog of sales orders at September 30, 2006 was $11.5 million as compared to $9.7 million at September 30, 2005,” Mr. Mathewson said.

“While our results were below the comparable quarter last year, we still remain optimistic with the state of our business. Incoming orders received in the third quarter of the current year were 14% stronger than in the same period last year. During the quarter we began deliveries of shafts for new programs. We have seen a shift in product mix towards iron shafts that sell at lower prices. Wood shaft sales in general declined in the second and third quarters. This shift has hurt our sales in branded, co-branded and OEM wood shafts and impacted our average selling price and gross margin. The overall equipment market in 2006 has been less than robust as evidenced by the unprecedented buy one get one free metal wood programs conducted by several major OEMs during July of this year. A margin squeeze is occurring in the equipment market and it is creating intense pressure on component pricing. We are working closely with our OEM partners in this challenging market. We believe our market share at our key OEM partners remains strong and we are poised to benefit when the equipment market strengthens, the metal wood market in particular,” said Mr. Mathewson.

“Our new VS Proto(TM) 'ByYou' product line represented 35% of our branded golf shaft revenues in the third quarter of 2006. The VS Proto(TM) 'ByYou' shafts will be used by several major club companies in new product programs and additionally by others using it in their custom fit programs. Shipment of shafts for these programs have begun and we believe will gather momentum as we move into next year.”

“Our Vietnam factory construction is progressing on schedule and several key managerial positions have been successfully recruited and hired from the local area. Our goal is still to begin manufacturing operations in the first quarter of 2007. This additional Asian capacity will help off set the rising costs of China and mitigate the risk of too much production in any one country,” said Mr. Mathewson.

“Our composite materials business continues to grow with sales up 27% year to date versus last year. Our sixth prepreg tapeline is now operational and should begin contributing to additional outside sales. We anticipate continuing growth in this business,” Mr. Mathewson said.


“Through the first three quarters of this year our hockey business is up 91% from the comparable period of last year but still is well below where we believe it can be. With that in mind we have worked closely with our customer to strengthen its NHL presence with a rapid turnaround pro service production cell. Both companies believe success in the NHL will translate to increasing retail sales,” said Mr. Mathewson.


“Carbon Fiber Technology LLC (“CFT”), our joint venture carbon fiber facility, is running at near capacity using precursor material from its current supplier. A concerted effort is underway to provide CFT with alternative precursors and sources in 2007 to allow for greater output through higher line speeds and improved fiber quality,” said Mr. Mathewson.

“The global carbon fiber situation looks to remain tight in the years ahead as reported during the Intertech Carbon Fiber Conference in Budapest, Hungry held this month. The overall fiber market is growing at a conservatively forecasted 10% clip, with increasing demand in wind turbines and aerospace applications. Virtually all carbon fiber producers are adding capacity but the increasing demand should absorb the additional output through at least 2010. With continuing high prices for oil and the related impact on precursor prices, pressure will remain on carbon fiber pricing,” Mr. Mathewson said. 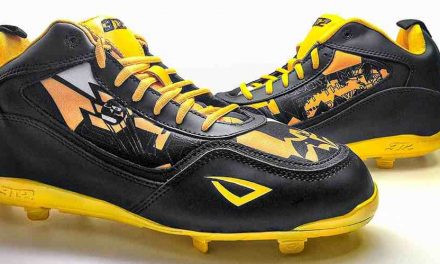