“While we are encouraged with our increase in overall sales in our golf business our gross margins continue to be impacted by the rising costs in our China operation. With virtually the entire golf industry manufacturing base entrenched in China, we believe this to be problematic for the entire industry as costs continue to rise systemically on account of rising labor costs. We believe it is imperative to reduce our costs in China as quickly as possible and to that end we have begun to shift production in a more meaningful way to our facility in Vietnam. Having a modern factory in Vietnam gives us a viable alternative that most of our competitors lack,” said Mr. Peter R. Mathewson, Chairman and Chief Executive Officer.

“I am pleased to report that on the PGA Tour Aldila is off to a great start this year. Through the Zurich Classic, players using Aldila shafts have won 5 events. Aldila remains far and away, the leading graphite shaft manufacturer on the PGA Tour with the most wood and hybrid shafts in play. We continue to believe the Tour is the ultimate proving ground for new golf technology and our leadership position on Tour validates ranking as the leading innovator of high performance golf shafts. Our latest introductions, the Aldila Phenom(R) and NV Magnum(TM), continue to grow in popularity on Tour. We have begun a limited introduction of our revolutionary new RIP(R) Iron shaft on the PGA Tour,” Mr. Mathewson said.

“Our Composite Materials Division sales were soft in the quarter mainly due to inventory levels being high at year end at a major recreational customer and lower non recreational sales. We continue to work on several promising qualification programs that require new resin development and extensive testing but hold significant sales potential,” said Mr. Mathewson.

“Our Victory Archery arrow business is doing very well as the Victory brand grows in strength driven by exceptional customer service, innovative new products and the added strength being associated with Aldila and our vertical integration capabilities. Archery sales increased by 78% for the three months ended March 31, 2012 as compared to March 31, 2011 and the Company believes that we will continue to see growth in this business through the year,” Mr. Mathewson said.

Report: Brand Strength May Be Key in Tough Economy 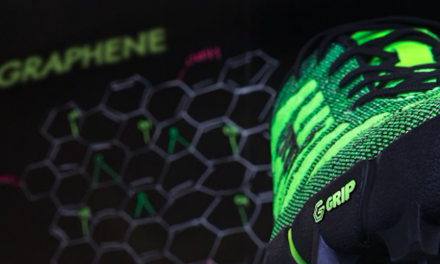