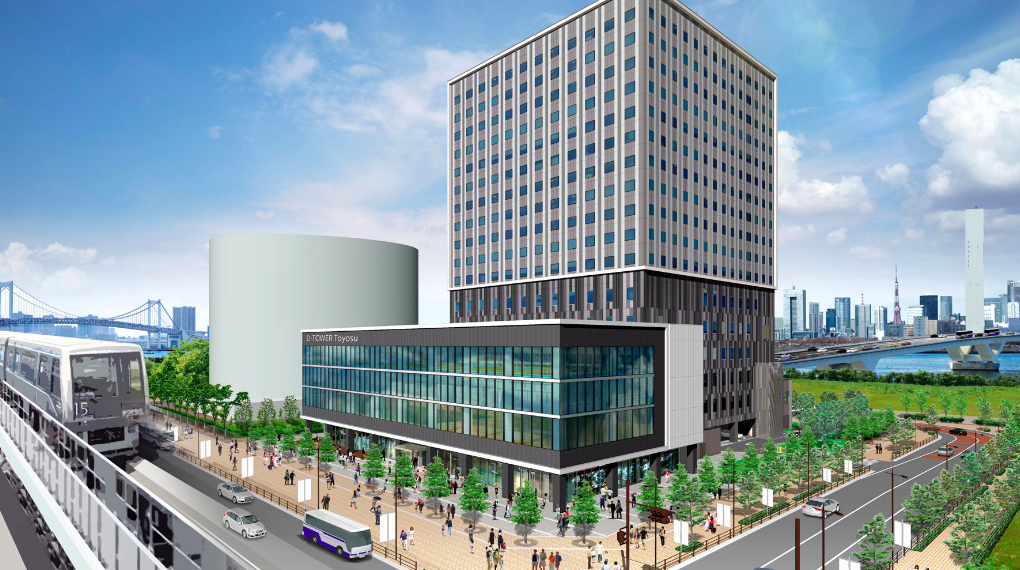 Asics announced the opening of an urban, large-scale, low oxygen training center in September 2019. The training center will be housed within a multi-purpose facility in Tokyo’s futuristic Toyosu district and will be approximately 5,000 square meters and occupy the second and third floors of the facility.

The Fukuoka SoftBank Hawks and Fanatics have announced an innovative new partnership which will run for 10 years from March 2019 and is the first for Fanatics in Asia.

Adidas has hired Jan Heinemann, Bayer’s former U.S. head of law, patents and compliance, as the company’s newest general counsel, according to law.com.

Continuing the focus of protecting, preserving and expanding public lands, American Hiking Society announced the launch of a Vote Public Lands campaign to encourage the society’s members, supporters and the public to get involved and get educated on public lands issues.

Grassroots Outdoor Alliance, the national organization dedicated to the health and growth of specialty outdoor retail, this fall welcomes Farm to Feet, Kavu, Rab and Sierra Designs to the company’s national vendor network.

Kit and Ace, founded in 2014 for Lululemon founder Chip Wilson, has been sold to members of the company’s leadership team, led by CEO George Tsogas. The sellers were the Wilson family.

Under Armour Inc. has added the Philadelphia 76ers’ star center Joel Embiid as an ambassador. The five-year deal makes Embiid the NBA’s highest-paid center on a shoe deal and he will have a signature shoe.

FlexIt, the mobile app that enables users to access gyms and only pay for the time they use, announces the addition of fitness industry leader Robbie Sprechman, CFO of Retro Fitness, to the company’s advisory board.

Imports at the nation’s major retail container ports are expected to remain at near-record levels in October despite a new round of tariffs that took effect in September, according to the monthly Global Port Tracker report released by the National Retail Federation and Hackett Associates.

About 820 Canyon Mountain Bikes that were sold on online at Canyon’s website are being recalled.

Origin, an outdoor-focused marketing agency, announced the company’s commitment to climate change awareness via a partnership with Protect Our Winters Canada.

Kitsbow, the cycling apparel brand, has joined the Bookwalter Binge Gran Fondo as a major sponsor of the event.

The Kevin Love Fund announced that UCLA will be the fund’s first beneficiary through Headspace subscription donations and in-person mental training sessions for all student-athletes and coaches.

Capital One Financial, which bought the credit card operation of the former Cabela’s, said 153 employees in Lincoln, NE, will be laid off.

About 4,100 Kingpin Ski Bindings from Marker sold in the U.S. are being recalled.

RYU Apparel said the company prevailed in a trademark-infringement lawsuit against Lululemon.

PGA Tour Superstore announced the opening of the company’s third store in the Chicago region, serving the Vernon Hills and northern Chicago communities.

Express Inc. expanded the company’s partnership with the NBA.

Retail industry employment in September increased by 25,600 jobs unadjusted over the same time last year despite a seasonally adjusted drop of 23,600 jobs from August, the National Retail Federation said.

Panelists have been announced for the IHRSA Women’s Leadership Summit, hosted by Athletic Business, on Thursday, November 8, at the Ernest N. Morial Convention Center in New Orleans, LA.

Vibram Corp., North Brookfield, MA, said Tuesday that Michael Gionfriddo has announced his retirement as the company’s president and CEO effective December 31, and that Fabrizio Gamberini has been appointed the new president of Vibram in the United States.

BlackStrap, a made-in-USA manufacturer of facemasks and accessories for winter sports, anglers and outdoor recreationists, has announced the acquisition of a new headquarters facility as well as the addition of employees and retailers nationwide.

Elan Sports USA, an independent subsidiary of Slovenian-based Elan Skis, heads into the 2018/19 winter season with a several new hires and positions focused on representing the brand in the U.S. market.

Rapha announced a partnership with EF Pro Cycling that marks the cycling brand’s return to men’s WorldTour professional cycling after a two-year hiatus.

P.W. Minor, the second oldest footwear maker in the U.S., based in Batavia, NY, closed down operations and laid off all 82 of the company’s employees.

Oofos, the maker of recovery footwear, has partnered with Beyond Type 1 as the official recovery shoe for the Beyond Type Run marathon team.

Blizzard and Tecnica, the maker of alpine equipment and outdoor footwear, announced a partnership with Maro LaBlance of Campfire-Collective for U.S. public relations.

Big City Mountaineers (BCM), a provider of life-changing wilderness experiences for under-resourced youth, announced the launch of the company’s 2019 Summit for Someone (SFS) season—a series of 15 premium mountaineering and outdoor adventures across the country.

Polygiene, the provider of “stays fresh” technology, said Rebecka Harvyl joined the office in Sweden as the new marketing manager, and Bobby Howell will come on as the commercial director of North America, located in Vancouver, Canada.

Altra announced the addition of Kara Goucher to the company’s elite team of professional athletes. Goucher had been with Skechers.

Altra released an inspiring short documentary called “Balance” about the different sides of an ultrarunner. The video follows three Altra athletes in their pursuit of finishing the legendary Western States 100-Mile Endurance Run while balancing careers, families and their own personal running goals.

RYU Apparel Inc. announced that commencing October 8 the company’s common shares will be listed for trading on the OTCQB Marketplace under the trading symbol OTCQB: RYPPF.

Nike co-founder and chairman emeritus Phil Knight gave 12 million shares of Nike stock valued at $990 million to an unnamed charity, according to a regulatory filing.

Puma has launched #REFORM, a new platform that will give activists from the worlds of sports, music and entertainment support in championing causes and encouraging conversations around issues such as universal equality and criminal justice reform.

Adidas signed a five-year deal to replace Puma as the kit sponsor of Arsenal.

VF Corp. is tracing the supply chain footprint for 10 of the company’s most iconic products through sourcing maps now available to consumers.

Reebok signed UFC fighter Conor McGregor to a multi-million dollar deal, according to ESPN. The report indicated the deal is worth at least $5 million.

Aku, the Italian footwear specializing in hand-crafted hiking and trekking boots, said the company experienced 16 percent growth in the past year in Canada and the U.S.