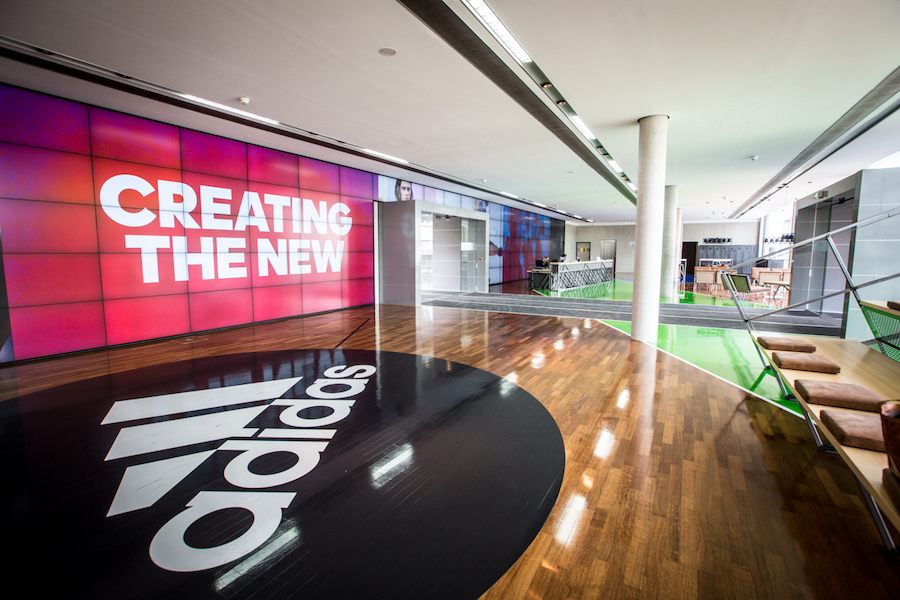 Adidas announced that the company is alerting certain consumers who purchased on Adidas.com/US about a potential data security incident.

According to Yahoo Sports, MLB and the MLB Players Association are in the midst of negotiating changes to the footwear policy “that would relax the restrictions on colors and designs players can use on their cleats.”

Five U.S. cities will see five urban and suburban areas transformed into areas for outdoor recreation, thanks in part to more than half a million dollars in grant funding from REI this year.

In conjunction with the acquisition to support growth across the company’s apparel brands Arc’teryx, Salomon and Peak Performance, Jon Hoerauf, general manager Arc’teryx, has been appointed president Amer Sports Apparel Category and member of Amer Sports executive board.

Pearl Izumi announced that the company has embraced a new Social Purpose statement: “Ride More and Do More.” The brand also plans to introduce eco-friendly hangtags, will no longer print product catalogs and is introducing a Renewal Workshop program to repair and resell Pearl Izumi merchandise.

Gander Outdoors will open a store in Tonawanda, NY. The 70,000-square-foot location is one of the retailer’s five planned facilities in the state.

Dorel Industries Inc. announced that the company’s Dorel Sports segment has sold the Sugoi and Sombrio brands to Louis Garneau Sports Inc., divesting the company’s performance apparel line of business to focus on the company’s core strategic businesses of bikes, parts and accessories and electric ride-ons.

The Sportsmen’s Alliance announced that Rocky Boots has been named title sponsor of the 22nd annual “Save Our Heritage” Rally in Columbus, OH, August 18.

The National Retail Federation called new state privacy legislation expected to be signed into law in California today “deeply flawed” and said customer service could be severely hampered if the legislature fails to address retailers’ concerns before the measure takes effect in 2020.

Under Armour confirmed to the Philadelphia Inquirer that the company has closed the Brand House location in Philadelphia.

Clarus Corp., the parent of Black Diamond, Sierra and Pieps, has signed a new $75 million credit facility agreement, plus an uncommitted accordion feature providing for an additional $75 million, for a total of up to $150 million with J.P. Morgan Chase Bank.

New Balance has chosen Mediahub and the media arm of IPG-owned MullenLowe as the company’s U.S. agency of record following a review.

Fila will make the company’s runway debut at Milan Fashion Week in September in the company’s first appearance at one of fashion’s top events, according to Women’s Wear Daily.

Vasque announced a restructuring of the company’s sales team, with new global sales director Joel Lee at the helm.

Amazon launched the company’s Back to School and Off to College stores, which promise those heading to school everything from “superhero backpacks and sequin pencil pouches to the latest Adidas footwear and perfect first-day-of-school outfits.”

A joint project at Virginia Tech with the Insurance Institute for Highway Safety found that standard testing required by the Consumer Product Safety Commission doesn’t find all the potential flaws in bike helmets.

LEM Helmets, the cycling helmet maker based in Italy, has partnered with Verde Brand Communications to support the company’s North American launch.

POC has named David DeMartini, who is based in the Park City, UT, office, as global chief marketing and digital officer.

Intercollegiate athletics programs at Penn State’s 19 Commonwealth Campuses have entered into a four-year partnership with Nike through BSN Sports for sports apparel and equipment.

Running USA announced the company’s newly elected board of directors, as well as the addition of a fourth new board member by appointment.

Elan Skis, the Slovenian-based maker of handcrafted skis, announced the opening of the Elan Alpine Skiing Museum at the brand’s headquarters in Slovenia.

Gander Outdoors is opening in Cedar Rapids, IA. The 31,000-square-foot location is the store’s only planned facility in Iowa.

Grundéns, producer of fishing apparel and footwear, has added 13 new team members globally since the start of 2018.

Neiman Marcus Group announced the appointment of Darcy Penick as the president of Bergdorf Goodman.

Nike and the Portland Trail Blazers announced they are partnering to refresh and upgrade the majority of the basketball courts across 30 Portland Parks & Recreation parks.

The National Retail Federation said the U.S. Supreme Court’s decision in favor of American Express rules that prevent retailers from encouraging the use of other credit cards with lower processing fees will perpetuate a system that costs merchants and consumers billions of dollars a year.

Fila announced that the company has signed a sponsorship agreement with Leo Borg, son of tennis legend and Fila brand ambassador Bjӧrn Borg.

Alterra Mountain Co. has added Thredbo in New South Wales, Australia, to the Ikon Pass, bringing the pass total to more than 64,000 acres at 27 mountain destinations across the globe.

Trijicon Inc., a provider of aiming solutions for the hunting, shooting, military and law enforcement markets, announced that the company has entered into an agreement to acquire AmeriGlo, a supplier of U.S.-made night sights.

Nike opened a “Just Do It” training center in Los Angeles.

Mo Bamba, drafted sixth in the NBA Draft by the Orlando Magic, is teaming up with give-back sock brand Bombas.

Academy Sports + Outdoors has opened in Winston-Salem, NC. The company now has 12 stores throughout North Carolina.