At the recent Agenda show in New York City, Champion showcased the Champion Life fall collection, tapping deep into its roots that go back almost 100 years to renew American classics the next generation of style-conscious consumers.

Highlights included the re-issue of two of the brand’s most iconic collections – Champion Reverse Weave Sweatshirt and Heavyweight Super Fleece.

With the Reverse Weave, originally patented in 1938, Champion engineers cut the fabric on the cross grain so it would shrink widthwise instead of lengthwise to solve the age-old problem of shrinkage in cotton fleece. In 1952, the side “action gusset” design was added for range of motion and durability.

With its oversized “C” logo and pointed hood, the Champion SuperHood took the market by storm in the early ‘90s and became an integral part of the New York City hiphop scene. With the re-issue of the Heavyweight Super Fleece, Champion kept the ultra-heavyweight fabric and distinctive “C” logo but updated the collection with streamlined styling and a modern fit.

“The Champion Life collection borrows from our past and reimagines for the present. For inspiration, we literally have an archive of styles that goes back decades,” said Matt Waterman, director of men’s product marketing for Champion Athleticwear. “Our design team takes these iconic pieces and recreates them in a way to create a modern feel and relevance while still maintaining their DNA.”

Designed for the active fan, ’47 Brand showcased its new’47 Forward collection. Apparel pieces are made from soft cotton blend fabric engineered with moisture-wicking properties and are finished with flat seams. Tops include rotated shoulder and side seams for an anatomically correct fit and increased range of motion. Zippered pockets, thumbholes, internal headphone routing, adjustable pant cuffs, are features included in the ’47 Forward collection.

“We aimed to create a line to specifically fit the lifestyle of active fans – pieces that not only look great, but pieces that will keep up with the busy and diverse lives of our consumers,” said ’47 co-owner, Steven D’Angelo. “From walking your dog to riding your bike, these pieces allow for comfortable movement across a multitude of activities.”

’47 Forward launches with the NFL and will continue for seasons to come with updates and silhouette releases across other league partners, such as MLB and NHL. The line includes tanks, tees, sweatshirts, zip-ups, sweat pants and capris as well as the Stamina ’47 Clean Up Cap.

The basketball footwear startup, BrandBlack, found some success earlier this year with the launch of J.Crossover III, the signature shoe of Jamal Crawford, instantly selling out at independent accounts such as Major in Washington, D.C. while also selling well at Finish Line.

The J.Crossover III features breathable knit construction with a Jet-Lon cushioning system to outperform EVA foam. The BrandBlack design team is headed up by David Raysse, whose resume includes Adidas, Fila and Skechers, and was creative director for Billy Dill a veteran of the footwear industry. For Spring 2016, the J.Crossover III is offered in new colors, including tan leather, and includes low tops for the first time.

BrandBlack is also expanding to Champs and Footaction.

Earlier this year Stance signed on to be the official on-court sock sponsor of the NBA, showcased its first men’s underwear line with plans to expand into women’s underwear. Beyond innovative prints, Stance built its reputation on socks, Stance underwear stands out for its recycled Butter Blend milk fabric that nourishes the skin, is odor resistant and ultra-comfortable. A feather-seam panel construction eliminates stitch irritation.

From Native Shoes, the maker of lightweight EVA footwear, a highlight was the Apollo Moc XL Sneaker, marked by laser-edged microfiber cuts for a chiseled look. Native is known for its perforated uppers and will continue expand with the Apollo Moc Sneaker and Apollo Chukka as well as new prints and colors for classics such as the Jefferson, Jerico and Howard. The Vancouver-based company is known for their fun color palette, no-seam construction, washable uppers and breathability.

Other show highlights include: 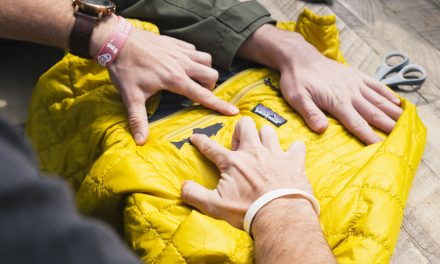 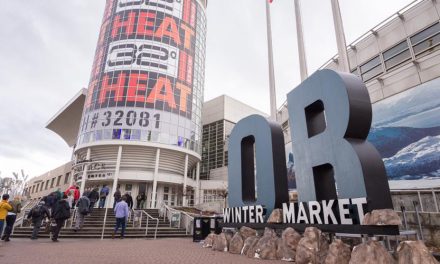