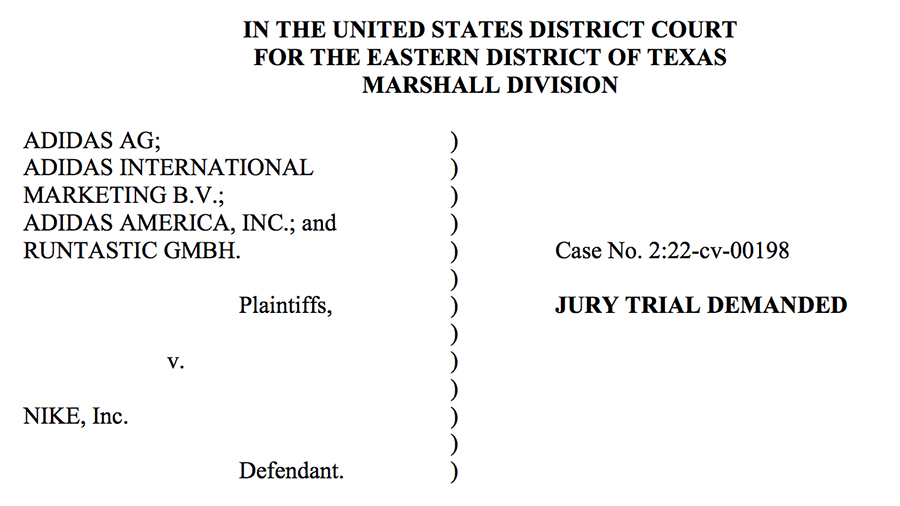 Adidas wrote in the complaint, ‘”Adidas has long been a leader in mobile technology, including technology related to mobile fitness and mobile purchases. Adidas was the first in the industry to comprehensively bring data analytics to athletes.”

Adidas said it has a history of developing mobile-fitness technology, including the “world’s first intelligent running shoe” in 2004, the “first fully integrated training system combining sensors in shoes and wearable devices” in 2005, and personal training apps starting in 2008.

Adidas said Nike’s Adidas Adapt system, which automatically loosens or tightens shoelaces based on the shape of the wearer’s foot, violates its patents for an “intelligent footwear” system that adjusts a shoe’s cushioning based on what the wearer is doing.

Adidas claims Nike’s Adapt system infringes on the Adidas_1, which it claims was the first shoe that “sensed and adjusted the comfort of the shoe while the shoe was worn.”

Last December, Nike asked the International Trade Commission to block the import of Adidas’ Primeknit footwear, claiming the shoes infringed on Nike’s Flyknit patents while filing related complaints in Oregon Federal Court. The Oregon lawsuit and request for the ITC to block imports of Adidas shoes are still pending.

Adidas is asking the court for an unspecified amount of money damages and an order blocking Nike from infringing.