Adidas announced plans to open a new global retail concept, HomeCourt, premiering in the brand's largest store, the Adidas Brand Centre in Beijing/China. HomeCourt will be implemented in 25 stores globally over the course of 2014.

“Our new retail concept HomeCourt offers a consumer experience unlike any that Adidas fans have enjoyed before. We have created a store where our consumers are at the very heart of the Adidas brand,” said Michael Stanier, Chief Sales Officer Consumer Direct. “At the Beijing Adidas Brand Centre we have kicked off the next generation of retail concepts which I am very excited about. We look forward to bringing this concept to Adidas fans around the world this year.”

A key feature of the new Adidas HomeCourt concept is the Arena Façade, creating a bold, distinctive new look for Adidas. Like an entrance gate, the Tunnel Entry draws consumers into the big game and welcomes every visitor with a “sound shower” of cheering fans in a stadium. One of the highlights is the Team Room, the large fitting area and social space of the store that allows shoppers to try on products whilst being able to interact with the brand.

Premiering in the Adidas HomeCourt store is the Shoebase at Centrefield, the heart of the store. It creates a central spot that brings to life the focused energy of game day.

Shoebase also features a range of unique interactive elements that provide consumers with a truly special retail experience. One very prominent example is the shoe bar, an interactive table with two big touchscreens that is designed to help customers find the right product or provide them with more information. The shoe bar also features a shoe finder and will be connected to the Adidas online shop www.Adidas.com.

“HomeCourt gives consumers the opportunity to experience the entire breadth and depth of the Adidas brand,” added Ted Mager, Head of Retail Environment. “We reference sport in every element in the store from the materials selected to the inspirations of the designs to the tools we use for storytelling.”

To further strengthen its position as a leading retailer globally, Adidas will expand its retail activities across continents.

In April 2014, Adidas will open its first South American HomeCourt store in Rio de Janeiro (Brazil), followed by Europe, debuting in the UK at Bluewater in Kent and Harrods in London. In addition, the world’s first Adidas Originals “Neighbourhood” concept store is due to open in Berlin in March 2014. Also, the Adidas NEO Label will expand its presence in Europe. In addition to further store openings in Germany in 2014, Adidas NEO Label stores will be introduced to the Czech Republic and Poland. The first Adidas NEO Label store in Poland opened its doors on February 20 in Warsaw, with additional stores to follow over the year.

The Adidas Group operates three distinctive sales channels: Wholesale, Retail and eCommerce. By catering to these three business models, the Group aims to service multiple customer and consumer needs in order to fully leverage brand potential. Over the past years, the Adidas Group has evolved into a significant global retailer, operating more than 2,700 own-retail stores for the Adidas and Reebok brands worldwide. 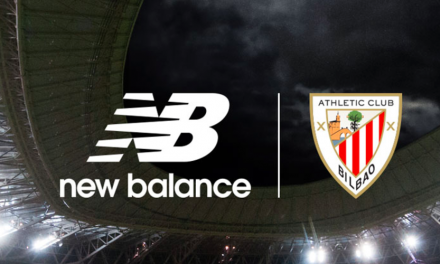