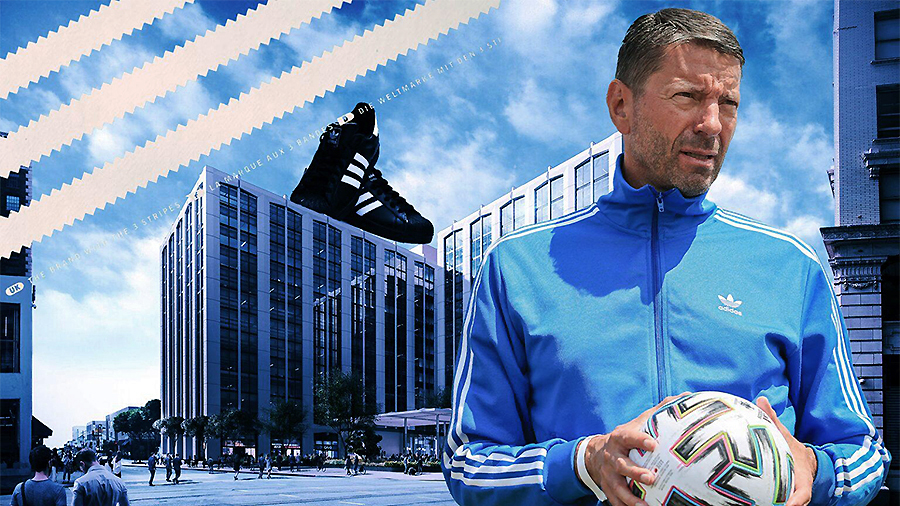 Adidas said CEO Kasper Rorsted would step down next year—three years before his contract is up—in an unexpected development for a company that has recently struggled in its key China market. The German sportswear manufacturer said the decision was by mutual agreement, and Rorsted will remain as CEO until Adidas appoints his successor in 2023.

The pending exit comes despite Adidas, in 2020, extending Rorsted’s contract until July 31, 2026. The decision comes as Adidas has faced significant supply chain and geopolitical challenges since the start of the pandemic.

“After three challenging years marked by the economic consequences of the COVID-19-pandemic and geopolitical tensions, it is now the right time to initiate a CEO transition and pave the way for a restart,” supervisory board Chairman Thomas Rabe said in a statement. “We are pleased that Kasper will ensure a smooth transition at the helm of the company during the upcoming months jointly with the Supervisory Board and Executive Board of Adidas AG.”

Rorsted has been CEO of Adidas since 2016. He joined the company from the German cleaning products manufacturer Henkel, where he was known for expense controls. Under his leadership, Adidas orchestrated the spinoffs of TaylorMade, CCM Hockey and Reebok; revived sales in North America; and accelerated its digital push.

Rabe said, “We would like to thank Kasper for his major achievements. During his tenure since 2016, he has strategically repositioned the company and fast-forwarded its digital transformation. Under Kasper’s leadership, Adidas has substantially advanced its digital capabilities and grown its online sales by a factor of more than five. In North America, the world’s largest sporting goods market, Adidas has doubled its sales. In addition, Adidas has strengthened its leadership position in sustainability and increased diversity, equity and inclusion throughout the company. One example is the share of women in leadership positions that increased significantly during his tenure. Following the successful divestiture of TaylorMade, CCM Hockey and Reebok, the company is now able to focus its efforts on its core brand Adidas.”

In the statement, Rorsted said Adidas had required “huge efforts” to master the challenges of the past few years positioning the company for a leadership change.

Rorsted added, “Adidas is an iconic sports brand. As a company, we have achieved great progress in strategic areas of our business. I am proud of our achievements as a team. The past years have been marked by several external factors that disrupted our business significantly. It required huge efforts to master these challenges. This is why enabling a restart in 2023 is the right thing to do—both for the company and me personally.”

Adidas’ first shortfall occurred in August 2021, when the company warned that the combined impact of supply chain issues, the pandemic-related closure of Vietnamese factories and tensions with China, could amount to more than €500 million in lost sales in the second half of 2021. Vietnam typically accounts for 28 percent of Adidas’ sourcing, and its factories mostly manufacture shoes for the brand.

China tensions related to the national backlash Adidas and other Western brands began facing in late March 2021 over past statements which said companies would not source cotton from Xinjiang after hearing reports of human rights violations against the Uyghur Muslims. Beijing has long denied any abuses.

On July 26, 2022, Adidas significantly reduced its sales, margins and earnings guidance for the year due to a slower-than-expected recovery in Greater China, a region further impacted by recent pandemic-related lockdowns. The brand had slightly lowered its forecasts in May.

Sales in Greater China are expected to decline at a double-digit rate during the remainder of 2022. Previously, Adidas had assumed that in the absence of any major lockdowns as of Q3, China’s currency-neutral revenues would be flat during the second half. To a lesser degree, the adjusted guidance reflects a potential slowdown in other markets due to more challenging macroeconomic conditions.

Adidas achieved currency-neutral revenue growth of 4 percent in the second quarter despite macroeconomic and supply chain constraints. Due to last year’s lockdowns in Vietnam, supply chain disruptions reduced top-line growth by around €200 million in the latest quarter. The suspension of operations in Russia reduced revenues by more than €100 million during the quarter. Continued COVID-19-related lockdowns in Greater China also weighed on its top-line development in Q2.

In Greater China, currency-neutral sales in the second quarter declined by 35 percent. Rorsted stressed on Adidas’ second-quarter analyst call that the wide majority of Adidas operations are performing well, and the company is well-positioned to drive significant top-line acceleration in the second half of the year. Adidas was able to raise its growth outlook for North America and Latin America for 2022.

China’s declines in the quarter were offset by double-digit growth in North America, EMEA, Latin America and the Asia-Pacific. Rorsted noted that the four regions accounted for more than 85 percent of Adidas’ business.

Rorsted added in a statement Monday, “Our business is heading in the right direction. We are growing double-digits in 85 percent of our business. In the months to come our focus will be to accelerate our growth as soon as all markets can operate without major disruptions. Together with the Adidas team I am looking forward to realizing this growth and, jointly with the Supervisory Board, to ensuring a smooth transition at the helm of the company.”

In a note following news of the succession plan, Simon Irwin at Credit Suisse wrote, “Following the recent cut to guidance and with weak brand momentum over a prolonged period, this is not a complete surprise. However, the timing, 18 days post 2Q results, begs questions about whether the environment has continued to deteriorate in some key markets and whether FY guidance, involving a significant acceleration in 2H sales, is still achievable. China is already weak but may reflect a softening environment for wholesale re-stocking, notably in the US.”

Irwin’s main concern is Adidas’ inventory levels, which are up 35 percent year-over-year on a reported basis and 28 percent on a currency-neutral basis at the close of the second quarter. The analyst suspects that Adidas has been “slow to clear” elevated inventories in China, and moves to raise prices by mid- to high-single-digits to offset inflationary pressures that could weigh on demand. Irwin wrote, “Double-digit price increases, softening demand and rising inventory are not a good combination for re-building brand heat.”

Irwin added that with the hire expected in 2023, newer programs likely won’t arrive until 2024. Still, he said delivering profit margins over the next few years in line with current Wall Street expectations appears “very demanding, especially if the new CEO is focused on brand heat and subsequently the digital platform, which we see as a key route to defending its moat in a fragmenting sporting goods market.”

At RW Baird, analyst Jonathan Komp said he has become “incrementally cautious” on Adidas’ stock given the surprise CEO transition. He wrote in a note Monday, “We are surprised by the move, which we did not contemplate as part of our original thesis and upgrade earlier this year. Given 2H weighted guidance for 2022 and a range of potential challenges in 2023, including mounting economic pressures, significant currency exchange margin headwinds, perhaps a couple hundred basis points or more, in our view, and some questions about the ability to scale newer products/platforms, the timing of the move raises meaningful uncertainty in our view.”

Komp suspected the move could signal doubts with Adidas about reaching 2025 “Own the Game” financial targets, which had included growing revenue in the range of 8-to-10 percent and net income by 16-to-18 percent annually with gross margin seen reaching between 53 percent and 55 percent and operating margin between 12-to-14 percent. Adidas has guided its operating margin to be about 7 percent in the current year.

RW Baird maintained its “Outperform” rating at a price target of €195 as it sees many of the near-term concerns already reflected in the stock’s trading levels.