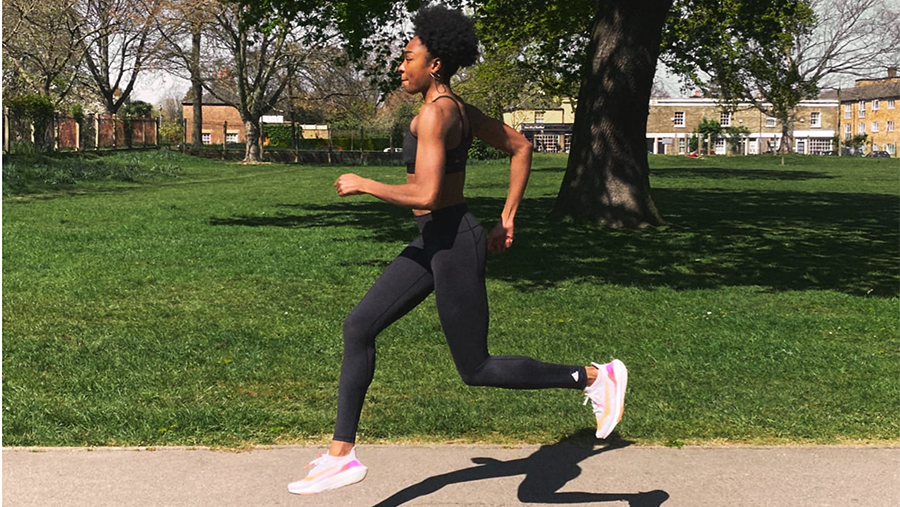 Adidas AG said it now expects sales to expand up to 20 percent for 2021 after reporting currency-neutral sales grew 55 percent in the second quarter.

“With sports taking back center stage this summer, we delivered a very successful quarter. Driven by the strength of our brand and better-than-expected demand for our products, we saw an acceleration in our top- and bottom-line,” said Adidas CEO Kasper Rorsted. “Sales in our strategic growth markets EMEA and North America almost doubled. Revenues in our key categories Football and Outdoor even grew at triple-digit rates. The share of full-price sales increased strongly, fueling exceptional profitability improvements. This momentum gives us all the confidence to increase our full-year outlook despite the external challenges that our industry continues to face.”

Currency-neutral revenue growth accelerates to 55 percent
In the second quarter, the company’s top-line momentum further accelerated leading to currency-neutral sales growth of 55 percent. This growth was achieved against the background of the geopolitical situation and extended lockdowns in the Asia-Pacific region which, in combination, reduced currency-neutral revenue growth by a low-double-digit rate during the quarter. From a channel perspective, the company’s top-line increase was characterized by a strong recovery from the material revenue decline in its physical distribution channels during the second quarter of 2020, when the global pandemic had caused a very large number of temporary store closures. As a result, wholesale revenues, as well as sales in Adidas’ own retail stores, grew at a high-double-digit rate during the second quarter of 2021. E-commerce revenues declined 14 percent in the quarter, reflecting the high growth in the prior-year period when digital revenues had almost doubled. In Euro terms, the company’s revenues grew 51 percent or more than €1.7 billion in the second quarter to €5.077 billion (2020: €3.352 billion).

Strong double-digit growth in most market segments
The top-line expansion in the second quarter was driven by increases in all market segments except Greater China. Currency-neutral sales in EMEA (+99 percent) and North America (+87 percent) almost doubled versus the prior year’s period reflecting strong double-digit growth versus the 2019 level. Revenues in Latin America (+230 percent) more than tripled during the quarter, and sales in Asia-Pacific grew 66 percent despite the negative impact from the extended lockdowns in the region. In Greater China, the company recorded a steady business recovery and sequential sell-out improvements throughout the quarter. Nevertheless, revenues in Greater China declined 16 percent during the three-months-period. This development also reflects the strong recovery in last year’s second quarter, when sales in the market had grown at strong double-digit rates in May and June.

Adidas’ strong bottom-line growth in the first half of 2021
In the first half of 2021, revenues increased 40 percent on a currency-neutral basis driven by strong double-digit growth in all market segments. In euro terms, revenues grew 34 percent to €10.345 billion (2020: €7.733 billion). The company’s gross margin increased by 1.4 percentage points to 51.8 percent (2020: 50.4 percent) during the first half of the year. While negative currency fluctuations, as well as the less favorable channel mix, weighed on the gross margin development during the first six months of the year, this was more than offset by a significantly better pricing mix due to lower promotional activity and the non-recurrence of last year’s inventory allowances and purchase order cancellations costs. Other operating expenses were flat in the first half-year at €4.154 billion (2020: €4.156 billion) and were down 13.6 percentage points to 40.2 percent (2020: 53.8 percent) as a percentage of sales. Adidas generated an operating profit of €1.248 billion (2020: €-215 million) during the first six months of the year, resulting in an operating margin of 12.1 percent (2020: -2.8 percent). Net income from continuing operations reached €890 million, reflecting an improvement of more than €1 billion compared to the prior-year level (2020: €-217 million). Accordingly, basic earnings per share from continuing operations improved to €4.52 (2020: €-0.97).

Adjusted net borrowings at €3.146 billion
Adjusted net borrowing on June 30, 2021 amounted to €3.146 billion (June 30, 2020: €4.988 billion), representing a year-over-year decrease of €1.842 billion. This development was driven by the increase in cash generated from operating activities, partly offset by the increase in receivables and the dividend payout.

Adidas increases outlook for FY 2021
While Adidas continues to be impacted by COVID-19-related lockdowns, industry-wide supply chain challenges and the geopolitical situation, the company has increased its top- and bottom-line outlook for 2021.

Given the accelerating top-line momentum, the company now expects currency-neutral sales to increase at a rate of up to 20 percent year-over-year in 2021, driven by strong double-digit improvements in all markets. Previously, Adidas expected sales growth at a high-teens rate in 2021. This new outlook reflects sales growth of up to 7 percent in the second half of the year compared to the 2020 level, which will be fueled by an array of innovative product releases, including the re-introduction of NMD, one of Adidas’ most successful franchises in recent history. In addition, the company’s Futurecraft 4D portfolio will be significantly expanded by the introduction of the 4D FWD Pulse. The scaling of the well-established ZX franchise will continue with the introduction of the ZX 5K Boost. The Forum franchise, after having been successfully incubated throughout the first two quarters of the year, will quadruple in size during the second half of the year driven by several iterations as well as dedicated marketing activities. In addition, major sports events, including the Olympic Games in Japan, the start of the club football season in Europe and the kick-off to the NFL season in the US, as well as grassroots activities worldwide will provide platforms to tell brand and product stories in front of global and local audiences.

The company’s full-year gross margin forecast continues to be for a level of around 52.0 percent. The operating margin is now expected to increase to a level of between 9.5 percent and 10 percent (previously: 9 percent to 10 percent). Net income from continuing operations is now projected to increase to a level of between €1.4 billion and €1.5 billion (previously: €1.25 billion to €1.45 billion). The company’s profitability outlook continues to include temporarily stranded costs related to the intended divestiture of Reebok. In 2021, these costs are expected to amount to around €250 million on the operating profit level and to impact net income from continuing operations by approximately €200 million. The medium-term growth outlook is not impacted by these costs as Adidas anticipates that only around 30 percent of the €250 million will reoccur in 2022 and that by 2023 the stranded costs will be fully eliminated.