In the fourth quarter of 2005, currency-neutral sales for the Reebok Group declined 3%. In US dollars, Reebok sales decreased 5% to $930 million from $975 million in the prior year. Excluding Ralph Lauren Footwear revenues following the sale of this business, Reebok sales in the fourth quarter increased 1% in currency-neutral terms, or down one percent in US dollars).

Excluding the impact of integration costs and the positive tax effects, diluted EPS for the quarter would have been 60 cents, in line with Reeboks guidance of between 55 cents and 65 cents.

“2005 has been a great year for our Group. The acquisition of Reebok and the divestiture of Salomon clearly generated a lot of attention for us, and we also completed an impressive turnaround in our business in North America. With all these changes, we increased our focus on the Groups core activities and delivered, once again, record financial results,” commented adidas-Salomon AG Chairman and CEO Herbert Hainer.

Sales growth in the Brand adidas segment set the pace for Group performance in 2005. Currency-neutral adidas revenues increased 12% in 2005. Drivers of this performance were strong double-digit growth in the Sport Heritage division as well as increases in virtually all Sport Performance categories.

The Groups gross margin grew 20 basis percentage points to 48.2% of sales in 2005. This represents the highest gross margin in the history of the Group and mainly reflects increased adidas own-retail activities. 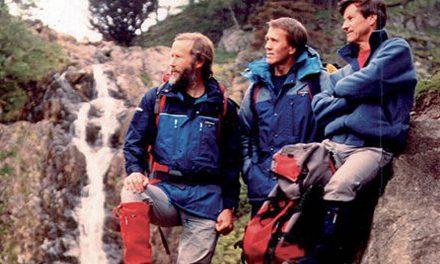