The North Face Gets Million-Dollar Judgment in Counterfeiting Case

The North Face Apparel Corp. has been awarded a million-dollar judgment by the United States District Court for the Southern District of New York as against Nabil Saleh, Ibrahim Saleh and Toufic Saleh, who – through a variety of corporate aliases, including #1 Spot of NY, Broadway Outlet, TriStar Wholesale, F&H Fabric Enterprise and BARE USA – formed and operated a counterfeiting enterprise that sold counterfeit jackets bearing THE NORTH FACE trademarks to wholesalers and retailers throughout New York City and the rest of the United States.

The North Face first learned of the Salehs' counterfeiting operations late in 2003 while investigating the source of counterfeit jackets bearing THE NORTH FACE trademarks, many of which The North Face had seized, pursuant to a federal court order, from multiple locations of the Reliance Department store chain in New York City right before Thanksgiving of that year. The North Face's investigation led to the discovery and confiscation of thousands of additional counterfeit jackets from Salehs' various entities as well as from Classic Closeouts a/k/a Internet Value Group, a Cedarhurst, New York company with an online retail store at www.classiccloseouts.com, as well as from deal.com, a Wisconsin-based online auction site all of which are believed to have originated with the Salehs. In addition, The North Face confiscated invoices and other documents showing sales of the same jackets by Salehs' codefendants, Chic Lady, Ltd, SABS II, Inc, Nassiri, Inc., Lenny Felman, Beged 101, Inc., Jason Malakan, Haber International Import Export, Ltd, Isaac Haber, Desit and Morris Bouskila, against many of whom The North Face had earlier settled, obtaining permanent injunctions and money damages of more than $40,000.

The North Face obtained preliminary injunctions against the Salehs and then moved for summary judgment on its claims for trademark counterfeiting and infringement. After months of briefing, Judge Barbara S. Jones of the United States District Court for the Southern District of New York granted The North Face's motion for summary judgment, awarding The North Face a $1,000,000 judgment, plus reasonable attorneys' fees, against the Salehs, against whom the Court also entered a permanent injunction. The North Face had obtained an order freezing certain of the Salehs' bank accounts much earlier in the litigation process and those proceeds will now go to satisfy the judgment.

“We have a zero tolerance policy for trademark counterfeiting,” said Steve Rendle, President, THE NORTH FACE® division of VF Outdoor, Inc. “The strength of our brand as the premier supplier of authentic, innovative and technically advanced outdoor apparel, equipment and footwear has made us a favorite target of counterfeiters. The Court's decision in our favor shows that taking on the counterfeiters directly through legal actions like this one does work, and we will continue to enforce the company's trademark rights to the fullest extent available by law.”

“We believe the court clearly reached the right result,” said Barbara Kaplan, Senior Counsel of V.F. Corporation, parent company of VF Outdoor, Inc. “By hitting the counterfeiters where it hurts them most – their wallets – the court has made it clear that counterfeiters will be held accountable for their actions.” 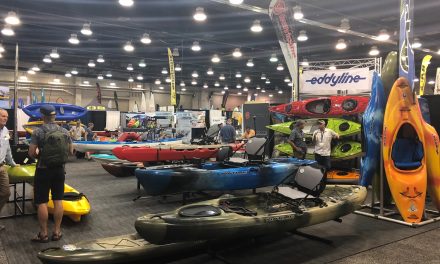