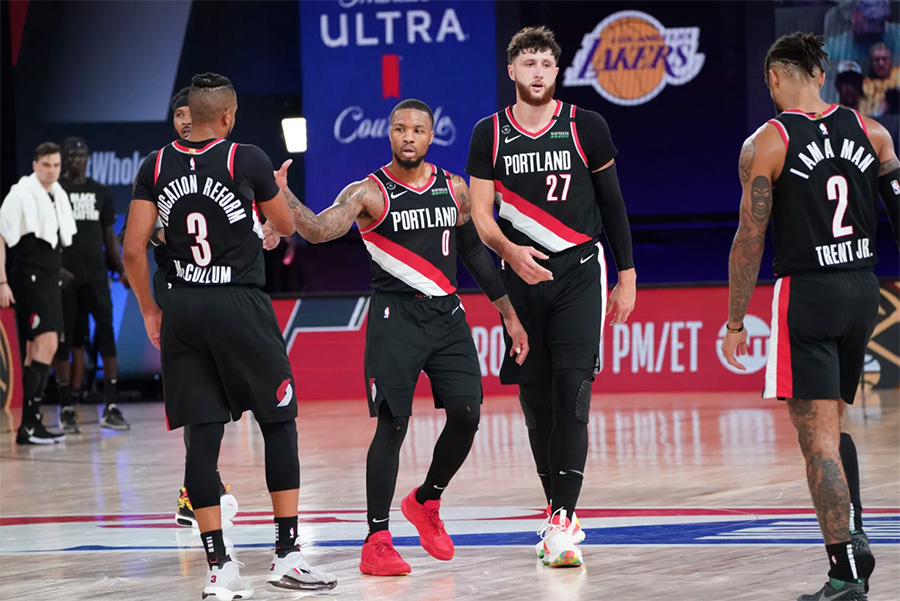 The Trail Blazers and Adidas partnership dates to 2007. Adidas signed Lillard out of college in 2012.

The Trail Blazers and Adidas will collaborate on several activations both inside and outside Moda Center with a focus on Lillard’s creative style and how his connection to the city and region influences his footwear designs. Adidas recently launched the Dame 7.

“Our partnership with Adidas is a natural fit for both brands,” said Chris McGowan, president and CEO, Trail Blazers and Rose Quarter. “Being based in Oregon, we have the opportunity to encourage our community to be creative and active through sport, with Damian paving the way.”

Rip City Clothing Co. will feature new Adidas apparel, including the first time fans will be able to purchase Lillard’s signature shoes in-arena when the arena is able to safely reopen. A timeline for fans’ return is undetermined at this time.

“Our longstanding partnership with the Trail Blazers has been an evolution, with each iteration bringing more excitement and memorable moments to the fans of Rip City,” explains Austin Hodges, who leads NBA marketing for Adidas. “We are ecstatic to extend our partnership with the Trail Blazers, further breaking the mold with industry firsts, especially when it comes to in-arena retail.”

The partnership will also be showcased around the arena, including an industry first with the Adidas and Dame 7 logos on the basket pole pads.