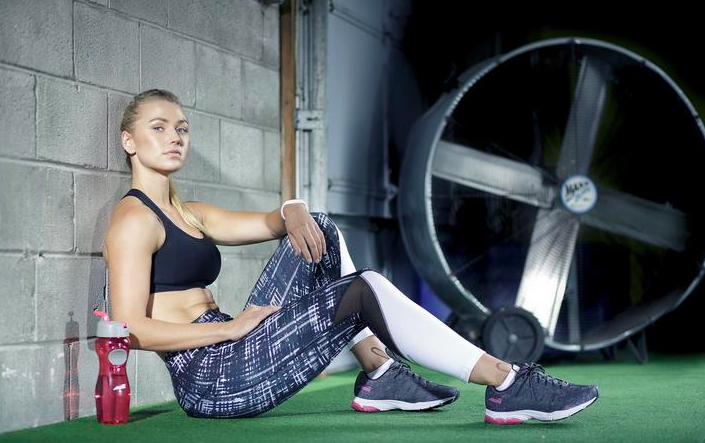 Sequential Brands’ Active division – including Gaiam, AND1, and Avia – remains its largest and most profitable division and will continue to be a focus for investments, including potential acquisitions, in the years ahead, Sequential officials said on the company’s fourth-quarter conference call.

“Active is an area where we believe we’re uniquely positioned for further growth, both domestically and internationally,” said Karen Murray, CEO, on the call. “According to industry sources, the global active wear market is expected to reach $567 billion by 2024, which makes it very compelling as we think about our position in that marketplace and evaluate opportunities to strengthen it. A key component of our active strategy is the talented, passionate ambassadors that we have partnered with to help accelerate growth for each of our brands.”

Indeed, adjusted EBITDA for the fourth quarter of 2018 slid 4.0 percent to $26.3 million from $27.4 million due to planned marketing investments in its brands, most notably brand ambassadors in the Active Division. Ambassadors include Jessica Biel for Gaiam, NBA legend Kevin Garnett for AND1 and the recently-retained Vanessa Hudgens, the actress and singer, for Avia.

On a non-GAPP basis excluding non-recurring items, net income improved to $9 million, or 14 cents per share, from $7.8 million, or 12 cents, a year ago.

Revenue for the latest quarter was $48.9 million. Year-ago sales weren’t comparable due to a change in the way contractual guaranteed minimum royalties are recognized. Using the prior-year’s accounting method in both periods, sales improved 6.9 percent to $49.9 million, compared to $46.9 million.

In the Active segment, AND1 saw the strongest growth in the quarter.

“AND1 had a very strong quarter driven by its core products at Walmart, particularly apparel and accessories in men’s and boy’s performed well,” said Murray. ”We continued in the quarter to implement new marketing initiative tied to the brand’s 25th anniversary, which celebrates its streetball roots.”

AND1 is also seeing a “strong start” to its entry into China. The brand’s partner, Guirenniao Co., Ltd., opened six stores last year and has an aggressive plan to roll out more this year. Murray further said AND1 “continues to gain traction domestically and we are exploring plans to launch in specialty stores for 2019.”

At Avia, the big news in the quarter was the signing of Hudgens, who has 55 million social media followers that are expected to  expose  Avia to current and new customers. Murray said Avia and Walmart continue to benefit from increased shelf space and product assortments in stores. The women’s apparel line was a top performer, especially during the holiday season. Plans for capsule collections co-designed by Vanessa are underway and expected to debut in stores this spring.

In the Q&A session, Murruay said Avia is “mostly in the mass channel” and the brand with Hudgens’ influence will start explorign sales to upper-tier channels by the close of this year. Said Murray, “A more aggressive rollout, again, with Vanessa’s partnership. She’s a very active ambassador. We have great plans for her to elevate the brand outside of the mass channel late this year into 2020.”

Gaiam “remains the top performer driven by its hard goods and soft goods,” said Murray. The Gaiam apparel collection, an exclusive to Kohl’s, is “performing well and Kohl’s is expanding the brand’s presence.” A Gaiam men’s line is being tested at Kohl’s for future development.

Gaiam recently expanded the brand into the beverage space with the launch of Gaiam Organic Green Teas. The beverage will be available at Whole Foods Market nationwide this month. Said Murray, “The expansions speak for the brand’s strength in the health and wellness space and is a great example of one of its many untapped categories that aligns us closely with a terrific grocery chain.”

Among its non-active brands, Martha Stewart and Emeril Lagasse in the Home division saw the strongest revenue gains in the quarter. In the Fashion segment, Jessica Simpson signed a multiyear renewal for its footwear line with long-time licensing partner, Camuto Group. A Jessica Simpson website supporting all its lines will soon be launched and a beauty collection launches this fall. Joe’s is seeing momentum in denim, particularly in men and kids.

For the year, adjusted EBITDA for Sequential was slightly down to $95.1 million, compared to $98.4 million in the prior year period. Non-GAAP net income was down 11.1  percent to $24.8 million, or 38 cents a share.

The net loss in the year came to $7.8 million, or 12 cents per share, which includes the $3.2 million expense related to a legacy litigation matter, a $4.2 million charge related to a settlement with a licensee as part of a shift to a direct-to-retail license with Walmart for the Avia, and impairment charges of $17.9 million related to the trademarks of two of the company’s brands. This compares to a net loss of $185.7 million, or $2.95 cents, a year ago.

The company closed the year with $16.1 million of cash and $618.7 million of debt net of cash. At the beginning of the third quarter, Sequential closed on the refinancing of its debt facilities that extended the maturities under its first and second lien facilities through 2023 and 2024, lowered its weighted average interest rate and improved its covenant flexibility.

In the Q&A session, Murray noted that many of the company’s brands are seeing healthy growth online and internationally. Among its Active brands, AND1 is in China, Israel, Chile, Austria and U.K. Avia is in China, Brazil, Japan, Mexico, Canada and the U.K. Gaiam is in Canada, England, Germany, France and will be in South Korea soon. Said Murray, “So all the Active brands are really setting up with new agreements, but the full rollouts will start to occur later this year into 2020.”

Asked about potential acquisition of more active brands, Murray said Sequential may pursue acquisitions in the space but is also planning investments in ambassadors and other areas in existing brands. Said Murray, “We believe it’s an opportunity for us to increase our presence in that area. So our focus is on active, athleisure and evaluating opportunities for all the brands.”