From an apparel and footwear standpoint, it would be hard to pinpoint
one singular trend standing out at the Action Sports Retailer show this
year. On the style front, all the edgy skater boys in SoCal are rocking
mullets, but when it comes to apparel and footwear, the hot product is
less glaringly obvious. All-over prints, which many tastemakers
predicted would be on the way out by this season, remain strong heading
into 2008 – in both footwear and apparel.

The leading brands are all putting their own spin on prints, with
everything from plaids and partial camos to distressed graphics and
even shoes with prints on the inside. From a trendwatching
standpoint, new products at ASR were certainly colorful, but overall,
the fashion trends are a bit scattered.

Purples and blues were widely used in apparel lines, while several
vendors launched lightweight hoodies, bordering on t-shirt weight.
Creating an easily merchandised line remains popular with shoes, shirts
and bags all having matching graphics. Talk on the floor saw the
vulcanized trend (if a construction can be called a trend) peaking in
the near future, but a return to tech on the horizon. The logic here is
that as cool as vulcanized might look, as a skate shoe it just does not
work as well nor last as long as something with all the modern
technologies. Talk also had the slip-on vulcanized sales migrating to a
similar silhouette, only laced.

Last year, Osiris teamed with
Latin graffiti artist O.G. Abel to launch the Abel, a white sneaker
with a black, charcoal-style, graffiti print, which went on to be the
brand's top-seller, notching $3 million in sales. Osisris plans to team
up with more Chicano artists in the future, and expects strong sales
from the Max242, a new artist collaboration edition, for 2008. On the
girls side, Osiris girls brand director Krista Poehler notes that
prints remain important, along with slimmer silhouettes and slip on
styles. Prints are not only on the outside, but on the inside of the
shoes as well. In mens, Osiris is introducing a shoe called the
Drunk, which is the latest in a line of what is a parody of sorts of
the Nike Dunk. It features a banana on the side of the shoe instead of
a swoosh. Osiris' Jay Wilson is one of several skate execs
supporting the “Don't Do It” movement that Consolidated first brought
to the spotlight. (dontdoitarmy.com). A new version of The Drunk
pops up in lines from a different brand each season.

Over at Vans, classic styles
continue to show strength, though “not as dominate as some
think.” Not to say that the range is not selling well, just that
the company has a healthy mix between the classic styles and its more
tech skate styles. Vulcanized is currently accounting for
approximately 40% of Vans sales with newer low-profile vulcanized and
cup-soled shoes with a vulcanized look likely to continue to drive
sales in this construction. The brand has a green story in its
surf offering, but is not pushing the concept. Slip-on sales are
transitioning into laced offerings, while prints on canvas are moving
away from last years novelty looks and into prints that are more
sophisticated, if not subdued.

New to the show floor was Toms,
which sells Alpargatas, a simple Argentinian shoe that looks right on
trend as followers of the low-profile trend look for the categorys
next evolution. Toms owner Blake Mycoskie spoke with SEW, saying
that the company started not as a money making venture but as a means
of giving back. For every pair of Toms sold, the company donates a pair
to a child in need somewhere in the word. Blake aimed to sell 250 pairs
when he first began the company, but instead sold 10,000 in his first
four months. The company first gained traction in the fashion world,
but with its styling and company culture, surf shops look like a
perfect fit. The shoes themselves retail in the $38 to $42 range, which
Blake says gives him enough margins to make his giving program a
sustainable one.

IPATH is enjoying the fruits of
its new ownership group as the companys history of eco-consciousness
is being buoyed by Timberlands infrastructure. Paul Wood,
designer and director for apparel said “its been all good” since the
acquisition and that hes been enjoying utilizing Timberlands
connections with green vendors that IPATH had not used before.

Zoo Yorks apparel offering for
spring 2008 will feature perspectives of New York in a variety of looks
including graffiti, hand drawn sketches and photography used as prints.
The company is also using a “make your mark” pattern that runs
throughout the line from boardshorts to hoodies allowing retailers an
easy merchandising option. On the footwear front, which Zoo York has
partnered with Skechers to
produce, the company is expanding its offering to what looks like a
mature product line already. Prints are still running strong here as
are 80s retro stylings. The company is looking to include more
fashionable product in its footwear line with Velcro closures and
leather uppers that are more for the street than the board.

Adio is also seeing strength
with its print product, even going so far as to carry the print over
into the interior of the shoe. In its core line, called Limited
Projects, Adio partnered with UNKL Brand toys to create original print
artwork on its Drayton SL. Each pair will also include a custom UNKL
unipo figure.

Simple is looking to expand its
customer base to include hipsters as well as hippies with its Eco
Sneaks line that features slightly lower price points than the Green
Toe line as well as more mainstream looks.
The Simple brand also partnered with Joe Curren (brother of Tom) to
create a line of vulcanized looks that feature prints of Currens photo
work in and around Simples hometown of Santa Barbara.

Duffs is looking to re-focus on
its core product including the possible extension of the companys
Gambler, which continues to sell well, into a line of its own. The
company has brought on a new national sales manager in the form of
Shawn Mattice who will look to expand distribution both through new
doors and expanded penetration with current retailers. On the product
side, the company is seeing good results with its 4130 BMX line, which
has colorways for each of the teams riders.

686 brought the theme of
Shovels & Scissors to its apparel line for the summer as the
company celebrates its 15th anniversary. The theme represents the tools
of the companys trade as shovels are used for building the backcountry
kickers and scissors for tailor work. The company introduced a line of
boardshorts for the first time with a retail price point maxing out at
$48, below typical costs for the product. Plans call for reusing the
boardshort line in the winter with the companys Smartie pants line.

Quiksilver broke the news on
the first day of the show that it would launch a womens line. The
company was mum on details, but the line is expected to be marketed
towards a slightly older demographic than its Roxy brand (see story
page 11). The company is launching an expanded watch line with
seven styles that will retail at a much higher price point than the
companys earlier offerings in the category. The watches are produced
i-house and have stylings ranging from classic looks to re-hashed 80s
looks. Walkshorts continue to be strong for Quik with the company
is now offering printed styles alongside the classic black and
tans. Some of the prints are reminiscent of typical boardshort
looks, which was intentional as the brand hopes to capture sales from
kids who otherwise just wear boardshorts as casual wear.
Spyder was on the show floor for the first time unveiling a line designed for downhill mountain bikers.

Spyder is bringing the d3o
technology that it used its in downhill ski line to the MTB market
with its Armored Top and Chamois short. Spyder also brought along
lifestyle apparel as part of its ASR debut, which accounts for about
80% of the line.

The redline running through Dragons
new product offering is just that, the Red Line, which has several
special edition red colorways for a handful of the companys styles.
Softgoods continue to be a healthy, if small, part of Dragons
business. The company looks to keep its focus on the optics side of
things, but has brought on personnel to focus on the line that is
available only to retailers carrying Dragons optics.

Spy is expanding its higher price point line of handmade sunglass
frames. Styles continue to reflect an oversized, geometrical, 80s
influence. The strongest seller this year was the Haymaker, which was
worn by skate pro Rob Dyrdek, of MTV show “Rob and Big” fame. New for
next year, the Haymaker will feature more colorways, including an
all-over print. The Logan, at $70, is a new entry at a low price point
for Spy, and is intended to compete with the brands skimming from the
lower tier of Spy's line.

World Industries had its first
show under the new ownership (see SEW_0727). Dwindle distribution is
still handling spring booking for the company, but the at once business
after January 1 and all the rest will be taken over by i.e.
distribution. The company is looking further into its past for
inspiration for new products, before the companys iconic Wet Willy and
Flameboy characters. By moving beyond the characters, the company hopes
to increase distribution and add a slightly older customer, especially
in footwear and apparel. The business itself follows a more or less 1/3
breakdown between footwear, apparel and hardgoods, but its footwear
that is still driving sales. Womens footwear was called out as doing
particularly well, accounting for about 12% to 15% of the companys
sales.

Body Glove continued its Vapor
line of boardshorts, which first launched in wetsuits about 4 years
ago. The eco-friendly trend was visible at the Body Glove booth as well
as the company launched a line eco-conscious wetsuits.

Dakine's bag line, similar to
its competitors footwear and apparel lines, was as always, filled with
prints. One particular print catching the eye of buyers was the Logger,
a black and red lumberjack style flannel print. The prints cross over
into apparel, too, with all-over print hoodies, and performance tops
for biking. Dakine is also launching a line of SUP (Stand Up Paddle)
bags and accessories to fill the need of the growing SUP category. The
line includes an oversized board bag, a paddle bag, and a customizable
SUP traction pad.

Ogio launched its first surf
line with four different bags including a day surfboard bag, a travel
surfboard bag, a duffel and a backpack designed for the beach. The line
is available in a Glenn plaid with red used for a color pop as well as
the classic black. 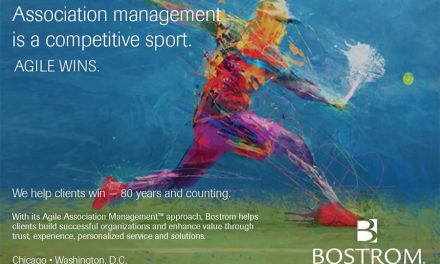