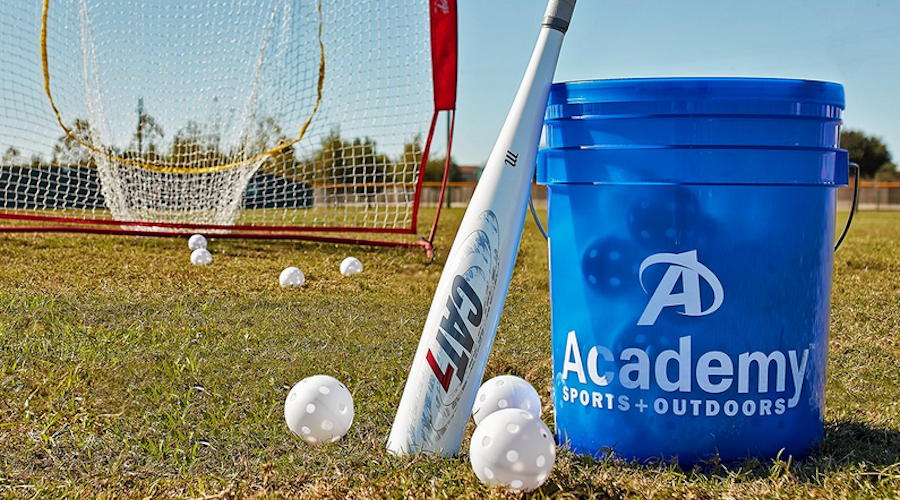 In an update, Moody’s Investors Service confirmed the debt ratings and outlook of Academy, Ltd., the parent of Academy Sports & Outdoors, while also indicating that the retailer’s financial performance continues to erode. The report noted that Academy’s comps declined in the mid-single-digit range and EBITDA sunk 12 percent in 2018.

Leverage is also expected to remain high over the next 12-18 months. Much of the debt arrived with a leveraged buyout from a sale to Kohlberg Kravis Roberts (KKR) in 2011.

On the upside, Moody’s in the report said Academy has “good liquidity,” including ample revolver availability and lack of near-term maturities. The retailer also has a solid position in core markets, driven by value positioning and broad assortments.

The update was triggered by Academy Ltd.’s move in the first quarter to use cash and revolver borrowings to purchase and subsequently retire $89.1 million of the approximately $1.6 billion principal balance of its term loan through open market transactions.

Moody’s said it believes the repurchase at a significant discount to par value results in a “material economic loss to lenders” and the repurchase was consequently identified as a “distressed exchange” by the rating agency. According to Moody’s, a distressed exchange occurs when a distressed company offers “creditors new or restructured debt, or a new package of securities, cash or assets, that amounts to a diminished financial obligation relative to the original obligation.”

While re-affirming its debt ratings for Academy, including the Caa1 Corporate Family Rating (CFR), Caa1-PD Probability of Default Rating (PDR) and Caa2 senior secured term loan rating, Moody’s temporarily appended the PDR with an “/LD” designation (to Caa1-PD/LD) to reflect the limited default event. A Moody’s spokesperson told SGB Executive that limited default basically means an issuer defaulted on some portion of their funded debt structure buy not all of it.

In the update issued April 10, Moody’s said the “/LD” designation would be removed after three business days. The ratings outlook on Academy overall remains negative.

“The affirmations reflect Moody’s view that despite a modest reduction in total debt, the company’s leverage will remain elevated as weak operating performance persists over the next 12-18 months,” Moody’s wrote. “Moody’s believes the company is likely to continue to repurchase debt at a discount to face value, and expects to treat any such transactions over the next several months as a continuation of the current default event.”

The rating updates follow two downgrades by Moody’s over the last twelve months.

In January 2019, Moody’s downgraded Academy’s CFR rating to Caa1 from B3 and PDR rating to Caa1-PD from B3-PD due to continued weak earnings and credit metrics in the near term. Academy’s senior secured term loan rating was lowered to Caa2 from Caa1 and ratings outlook changed to negative from stable.

In September 2018, Moody’s downgraded Academy’s debt ratings due to a lower estimated recovery rate as a result of a recent asset-based revolver upsize.

In its latest update, Moody’s noted that Academy’s earnings declines over the past several years have reflected a combination of industry challenges (such as the decline in firearms demand and competitive pressures) but also company-specific execution issues.

“In our view, in its rapid store expansion phase, Academy was not highly focused on store operations and category profitability,” Moody’s wrote in its report. “In addition, one-off stores in new markets were a drag on performance, as brand awareness was low resulting in subpar productivity.”

Moody’s also believes Academy was slow to embrace online sales as well as omnichannel offerings. E-commerce penetration is less than 5 percent at Academy versus about 12 percent at Dick’s. Buy-online pick-up in store (BOPIS) is only being rolled out in 2019.

Moody’s also noted that Academy has underperformed its budget for the past four years. In 2017, EBITDA recovered from “meaningful” erosion in 2016 and benefited from the lapping of its Q416 private label clearance sales, rationalizing its apparel assortment, reducing costs, as well as demand driven by Hurricane Harvey and the Houston Astros World Series win. While comps declined about 5 percent in 2017, adjusted EBITDA improved 11 percent when adjusted for the 53rd week in 2017.

However, comps in 2018 declined in the mid-single-digit range and EBITDA sunk 12 percent, falling approximately back to 2016 levels, reflecting competitive pressures, the loss of replacement demand from Hurricane Harvey, continued weakness in firearms sales, and clearance activity in the fourth quarter, according to Moody’s.

Moody’s noted that Ken Hicks, who joined Academy as CEO in May 2018, and some other new executives have put in place several initiatives to improve operations. Hicks formerly led Foot Locker. His hires have included Steven Lawrence, formerly at Francesca’s and Stage Stores, as EVP And chief merchandising officer.

Among the turnaround steps, Academy has exited certain categories, further localized assortments and improved in-stock positions. In marketing, Academy’s value-positioning is being emphasized more and data is being better utilized to reach new and existing customers. At the store level, the focus has been on improving presentations, enhancing space utilization and adding services.

“Nevertheless, we believe a meaningful earnings recovery will be challenging to execute,” Moody’s wrote. “We project roughly flat earnings performance over the next 12-18 months, as the benefits of these initiatives are mostly offset by ongoing margin pressure from the growing competition, the mix shift to e-commerce and investments needs.”

Margin pressures are expected to continue for Academy due to the ongoing shift to online selling. Certain sports and outdoor equipment, such as bulky hardware items, are less vulnerable to online pressures because of high shipping costs. The hunting category also faces some challenges selling online. But many categories, including the expansive soft goods areas, face margin pressures. Moody’s wrote, “Consumers can easily comparison-shop the rest of a typical sporting goods retailer’s branded product assortment – apparel, footwear, sports, camping and fishing equipment – across a number of retailers including a variety of online players.”

Other newer challenges facing Academy is direct-to-consumer (DTC) growth from its vendor partners such as Nike and Under Armour and the expansion by many established lifestyle brands into the sports-inspired apparel and footwear category due to strong demand overall for activewear product.

As a result, Academy’s performance tends to depend on regional economies. For instance, Academy’s outsized exposure to the oil and gas industry helped it during the 2008-2009 recession as a result of the region’s oil and gas boom, but was a significant drag on performance in 2016 and 2017. The company reported a several hundred basis point differential in comps between oil and gas affected markets (currently estimated at about a third of the store base) and the rest of the portfolio. Conversely, the 2018 recovery in employment and wages in oil & gas related markets benefited Academy’s results.

Moody’s also noted that Academy’s performance had been impacted by expansion into new regions. Moody’s wrote, “Store openings in new regions tend to be dilutive until the area reaches a certain saturation point, due to the high level of per store advertising needed to drive traffic.  Stores typically require significant investment due to their large size, and mature about four years after opening.”

As such, Academy has curtailed expansion into new markets in order to improve profitability and has focused on filling in established regions. Only eight new stores are planned in 2019. Prior to 2018, Academy had expanded its store base by 9 percent annually on average during 2007-2017, both by adding locations in core markets and expanding into new regions.

On the positive side, Moody’s noted that Academy is the third-largest full-line sporting goods retailer in the U.S. behind Dick’s and Bass Pro with a 12 percent market share, according to 2017 Euromonitor statistics.

Academy has an “even stronger presence” in its core markets, estimated at number one in its core Texas market, as well as in a “good position” in Louisiana, Alabama, Georgia and Oklahoma.

Beyond its brand recognition in core markets, Academy benefits from its everyday value strategy and broad product assortment. Categories range from casual and lifestyle apparel to footwear, barbecue and cooking, outdoor games, electronics and pet care. Guns and ammunition, which represent about 10 percent of Academy’s revenue, remains a lower-margin business for Academy but an important traffic driver.

Academy’s value-oriented focus is enhanced by its private label offerings, which account for about 20 percent of revenues and have a favorable margin. Academy’s value focus “also differentiates it from Dick’s and Cabela’s/Bass Pro, while its branded offerings (including Nike, Columbia, and Champion) distinguish it from Wal-Mart.”

Favorable Liquidity In The Near Term

From a liquidity standpoint, Moody’s expects Academy to have good liquidity over the next 12-18 months. The rating agency is modeling $80 to $100 million positive free cash flow in 2019, similar to 2018 levels.

Gross borrowing base availability under the $1 billion asset-based revolving credit facility (ABL) expiring in July 2023 is projected to be close to $900 million in trough periods (year-end) and around $1.1 billion during peaks (Q3). As of Q4 2018, the company had no ABL borrowings and approximately $874 million of available capacity after a modest amount of letters of credit outstanding. Moody’s wrote, “The company reported that its minimum available borrowing capacity was $554 million during 2018. We expect that the company will use a portion of its ABL capacity for further term loan repurchases, but will maintain at least $450 million remaining intra-quarter availability.”

But Moody’s also projected leverage to improve but remain elevated over the next 12-18 months, driven by term loan repurchases and roughly flat earnings performance. Moody’s-adjusted debt/EBITDA is expected to decline to 6.2-6.4 times in 2019, depending on the amount of any further term loan buybacks, from 6.5 at the close of 2018.

Moody’s-adjusted EBIT/interest expense is projected to increase to 1.2-1.3 times from 1.1 times as of year-end 2018. Academy’s operating leverage also constrains its credit profile, since its long-term operating lease commitments and relatively large store size restrict its ability to adapt to lower traffic levels. The company has 15-20 year store lease terms, and a large portion of its leases have been signed in the past 5 years.

Academy’s credit profile is further constrained by its aggressive financial policies, including the term loan repurchase in the first quarter of $89 million. Moody’s said it expects Academy will likely execute further open market repurchases of its term loan over the next 12-18 months in order to reduce its outstanding debt and interest expense. Moody’s wrote, “While the company has not discussed specific further transactions, the return on investment remains significant and we model that the company can use up to $350 million ABL revolver capacity while leaving sufficient remaining availability in line with historical levels.”

Moody’s also noted that its view of financial policies also considers the company’s earlier debt-financed distributions, which have returned over 75 percent of the initial shareholders’ equity investment. Following the 2011 leveraged buyout by KKR, the company paid two debt-funded dividends of $486 million in December 2012 and $200 million in July 2015, and also paid a $200 million dividend using balance sheet cash in December 2013.