The National Sporting Goods Association (NSGA) Board of Directors has elected A.J. Blanchard, Executive Vice President-Hardgoods of Academy Sports & Outdoors, Katy, Texas, as Treasurer/Chairman-Elect, replacing Doug Pearson, who resigned from the Board of Directors.

Blanchard was elected to his second three-year term on the Board in May 2003. He will serve as Treasurer/Chairman-Elect through January 2006 and then will move into the NSGA Chairmanship on February 1, 2006.

NSGA Chairman Ron Kruse, Haydens Athletic, Montgomery, Ill., has agreed to serve as Chairman through January 2006, giving Blanchard time to familiarize himself with the officers duties and Executive Committee responsibilities. Kruses term was to have ended in June 2005.

“We are extremely fortunate that Ron has agreed to give the Association additional time as Chairman, since he has been very active and effective in that capacity,” said NSGA President & CEO Jim Faltinek. “This will allow A.J. to get comfortable in his new role as an officer. NSGA also has benefited from the experience of Ron Menconi, Vice President of Merchandising & Marketing of G.I. Joes, who serves on the NSGA Executive Committee as Past Chairman.

“Traditionally, the Treasurer/Chairman-Elect moves into the Chairmans position when the Board holds its biennial election of officers,” Faltinek said. “We want to give A.J. every opportunity to be totally prepared and comfortable when that happens.” 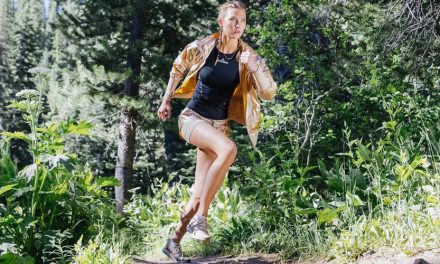