A Big Year For Avalanche Beacons 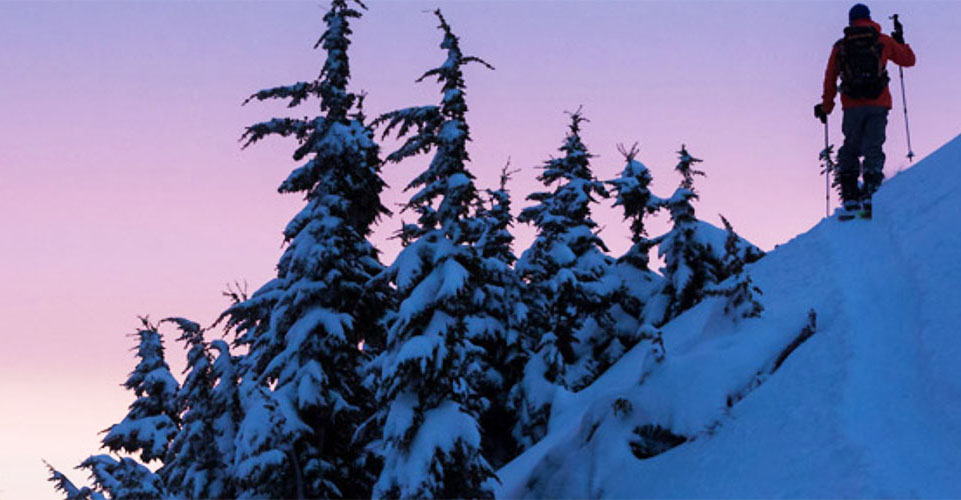 With resort restrictions leading more consumers to venture into the backcountry this winter, never has avalanche education, awareness and preparedness been more important.

As for gear, this could mean burgeoning sales for the avalanche category including beacons, probes and shovels.

“It should be a big year for beacon sales,” said Bruce Edgerly, VP sales, marketing and co-founder, Backcountry Access. “The segment is growing in proportion to the growth of the overall market. We’ve seen a consistent 10 percent to 15 percent growth for the past 20 years, and this year it will likely be even more.”

Several brands command the domestic avalanche beacon market including BCA, Black Diamond and sister company Pieps, and European manufacturers Mammut and Ortovox. While there are a number of models to choose from for the avalanche professional to backcountry enthusiast, new users, added Edgerly, gravitate to price and easy to use equipment. And packages, which include a beacon, probe and shovel, are selling through this season as more consumers prepare to traipse to the backcountry. “That definitely seems to be the hot ticket this year,” Edgerly said. “People want a one-stop shopping experience for the complete kit.”

There’s been drama in the market this year after Teton Gravity Research (TGR) athlete Nick McNutt posted on social media that his Pieps DSP Pro beacon failed when he was buried during an avalanche while filming last spring and accidentally switching from transmitting to search mode.

Other users have since posted similar claims with Rice Harbut Elliott LLP filing a class-action lawsuit in British Columbia against Black Diamond, parent Clarus Corp., and Pieps GMBH and Canada on behalf of Canadians who purchased one of the brands six beacons citing “a propensity to turn off involuntarily while being used.”

Pieps maintains it’s done its due diligence re-testing the models in question and issued the following statement: “These beacons have undergone vigorous testing and exceed all third-party/independent certification standards. They have been sold globally since 2014 and have been used by countless backcountry users. A beacon is a personal safety tool that must be properly used and maintained. Any misuse may compromise its functionality The Pieps DSP Pro and Sport switch mechanisms are not defective by design and are equivalent in security to competitor beacons. The company is working with consumers who might be concerned about their beacons and encouraging them to get in touch with Pieps representatives.”

As far as what’s trending in this year’s crop of transceivers, there’s nothing too earth-shattering — just continued enhancements of the tried and true, including advancements in ease of use and upgradability. “Technology is actually relatively stagnant,” said Edgerly of BCA, the first company to roll out a digital transceiver. “A lot is revisiting beacons’ physical aspects.”

Indeed, most new beacons from major manufacturers are smaller than their predecessors with enhanced usability, LED displays, range, search speed, and additional features.

Here is a roundup of what retailers have to sell off their shelves this season:

Backcountry Access T4/S
Backcountry’s T4 offers a larger LED display, upgradable software and electronics. “We’ve taken the bombproof, rubberized case and bold, large display of the Tracker2 and combined it with the T3 to create the T4,” said Edgerly. “It’s more robust with a cleaner interface. He added it keeps the same Tracker interface that “basically makes it impossible not to find your companion,” and comes with signal suppression and big picture modes for multiple-victim search and a motion-sensing auto revert-to-transmit mode.

T4 complements 3+ and its Tracker S transceiver, the company’s streamlined beacon. “Backcountry safety is still about simplicity and speed,” said Edgerly. “We removed some of the high-end features that professionals need and reinforced our biggest strength — ease-of-use for the typical backcountry rider.” The S offers real-time display, signal locking and multiple-burial searching,

“More people are planning to ski in the backcountry this year, and we’re definitely seeing that in our sales,” said Doug Workman, Mammut avalanche safety program manager. “For beacons, reliability is trending.  We continue to improve ours incrementally through firmware updates, but users seem to respond to proven reliability and companies that are responsive to that and quality.”

Ortovox 3+/Zoom+
Ortovox’s 3+ features intelligent position recognition that automatically switches to the best transmission antenna while an illuminated real-time display tells the direction, distance and number of victims. A tendency display, combined with intuitive search acoustics, kicks in during fine search mode, and, once located, victims can be removed from the display using the flagging function. The motion sensor-based follow-up avalanche switchover offers added safety.

With two buttons and a Recco reflector, the slimmed-down Zoom+ concentrates on intuitive usability with a focus on the On/Off and transmit/search LED display switch. Distances, directional arrows and multiple burial information come via its patented Smart Antenna Technology which analyzes positions and automatically switches to the best transmission antenna, almost doubling the range in the worst coupling position. A motion sensor enables secondary avalanche switchover, no motion for 120 seconds during search, and it automatically switches back to transmit mode.