Camping World Inc. posted a steep loss in the third quarter due to its decision to strategically shift away from locations where the company does not have the ability or where it is not feasible to sell and/or service RVs. The company said it will close 28 of the 37 remaining Gander Outdoors doors that have not been converted into RV dealerships, as well as two of the seven outdoor lifestyle locations operated by TheHouse.com

Camping World reported sales in the third quarter increased 6.0 percent to $1.39 billion. Adjusted EBITDA decreased 37.5 percent to $60.6 million, and was negatively impacted by discounting at retail locations earmarked for closure.

The loss from operations, net loss and diluted loss per share of Class A common stock were $32.3 million, $65.3 million, and $0.82, respectively, and included long-lived asset impairment and restructuring costs of $76.0 million related to the company’s previously disclosed 2019 strategic shift away from locations that do not sell and/or service recreational vehicles (“RVs”).

On September 3, the Board of Directors of CWH approved a plan to strategically shift its business away from locations where the company does not have the ability or where it is not feasible to sell and/or service RVs (the “2019 Strategic Shift”). As of September 3, 2019, the company operated 37 locations that do not sell and/or service RVs but sell an assortment of outdoor lifestyle products (the “Outdoor Lifestyle Locations”), and an additional five Outdoor Lifestyle Locations that were previously closed or had not opened as of that date. In addition, the company operated seven specialty retail locations operated by TheHouse.com, an indirect wholly-owned subsidiary of the company.

Of the Outdoor Lifestyle Locations operating at September 3, 2019, the company closed three locations during September 2019 and currently expects to either sell, divest, repurpose, relocate or close 28 of the remaining Outdoor Lifestyle Locations, at which sales and/or service of RVs cannot be performed, and two of the seven specialty retail locations operated by TheHouse.com. The company was able to, or is in the process of, acquiring and/or obtaining the developmental consents, approvals and permits necessary for the sale and/or service of RVs at six of the Outdoor Lifestyle Locations. As part of the 2019 Strategic Shift, the company has evaluated the impact on the company’s supporting infrastructure and operations, which included rationalizing inventory levels and composition, closing one of its distribution centers, and realigning other resources. The company expects the majority of the store closures and/or divestitures related to the 2019 Strategic Shift to be completed by January 31, 2020. The company will have a reduction of headcount and labor costs for those locations that are sold, divested or closed and the company expects to incur material charges associated with the activities contemplated under the 2019 Strategic Shift. In connection with the 2019 Strategic Shift, the company expects to incur costs relating to one-time employee termination benefits of $1.0 million, contract termination costs of between $10.0 million and $15.0 million, incremental inventory reserve charges of $27.3 million, and other associated costs of between $4.0 million and $6.0 million. 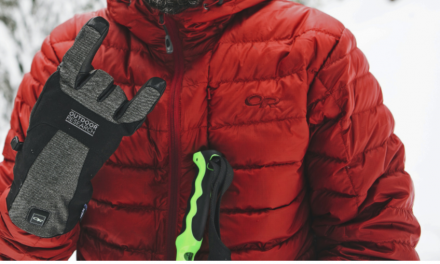