Shimano said in its statement, “During the first nine months of fiscal year 2019, the impact of intensifying trade friction between the U.S. and China resulted in greater anxiety over the future of the global economy. In Europe, the economic recovery stagnated owing to the sense of uncertainty associated with U.S.-China trade issues and the Brexit problem in the UK, despite improved employment and income environments which underpinned expanded personal consumption. The U.S. economy remained solid, backed by a firm footing in favorable employment and income environments, despite concerns about the outlook of the U.S.-China trade friction. In Japan, despite a trend toward gradual recovery in personal consumption, corporate business conditions were lackluster due to worldwide protectionist movements and the pace of economic recovery slowed down.

“In these circumstances, inspired by our mission—“To promote health and happiness through the enjoyment of nature and the world around us”—the Shimano Group sought to attract consumers with a stream of captivating products designed to enrich the experience of cyclists and anglers around the world, and moreover attuned to the contemporary emphasis on well-being and the environment.”

In North America, although total retail unit sales of completed bicycles slightly decreased, the sales amount remained at the same level as the previous year due to increased sales unit prices. Distributor inventories remained at an appropriate level.

In China, retail sales of completed bicycles remained at the same level as the previous year as the downward trend that persisted until last year has begun to slow. Distributor inventories remained at an appropriate level.

With regard to the other emerging markets, in South America, the Brazilian market saw sluggish retail sales due to the impact of political instability, and the Argentine market remained stagnant due to the effects of currency depreciation. Distributor inventories generally remained at an appropriate level except for the Argentine market.

In the Japanese market, sales of middle- to high-end sports bicycles were sluggish. Meanwhile, as the shift to sports-type cross bike and E-BIKE for commuting to work and school continued to progress further, unit sales decreased, but sales unit prices increased. Distributor inventories remained at an appropriate level.

Shimano said, “In the Japanese market, retail sales were steady as the impact of natural disasters was not as large as the previous year. Overseas, in the North American market, sales were solid as the firm economy provided support. In Europe, although sales were sluggish in countries on the continent, sales remained on a recovery track in the UK. In Asia, sales of sports fishing-related products were favorable in China. In Australia, sales were sluggish as the market for products related to fishing swordfish and other large fish stagnated.

“Under these market conditions, sales in Japan increased compared to the same period of the previous year as sales of high price-range reels, including new products, remained robust, while rods and lure related products were also well received. Overseas, sales exceeded the previous year’s level owing to strong sales of new products such as SLX DC and STRADIC.”

Shimano revised its outlook for net earnings for the year: 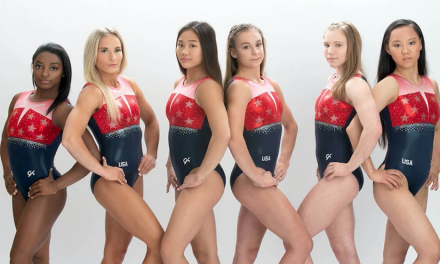