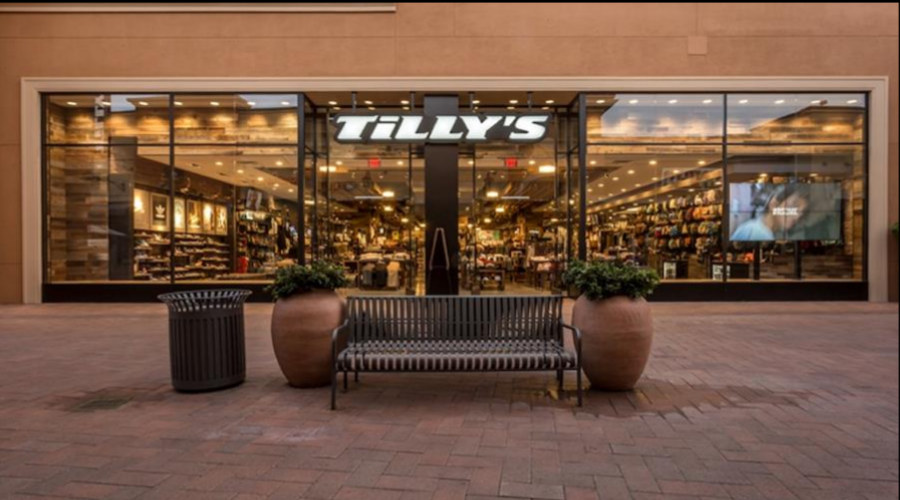 Shares of Tilly’s tumbled $3.22, or 21.1 percent, to $12.04 on Thursday after the action sports retailer reported earnings and sales that landed at the lower end of guidance. EPS guidance for the current quarter was also lower than planned.

On a conference call with analysts , the company blamed the EPS shortfall in the quarter on costs involved in an unplanned secondary offering and Edmond Thomas, president and CEO, said Tilly’s traffic continues to outpace the competition.

Overall sales and earnings were down in the third quarter due to the calendar shift impact of last year’s 53rd week in the retail calendar.

Sales totaled $146.8 million, down 3.9 percent year. The calendar shift caused a portion of the back-to-school season to shift into the second quarter this year from the third quarter last year, reducing last year’s comparable net sales base for the third quarter by approximately $14 million. Guidance had called for sales to range between $145 million and $151 million.

Comparable store sales, including e-commerce, increased 4.3 percent. Guidance has projected comps in the range of three to six percent.

Net earnings fell 27.3 percent to $6.4 million, or 21 cents per share, compared to $8.8 million, or 30 cents, a year ago. EPS was projected to range between 20 cents to 24 cents. Tilly’s said earnings were at the lower end of its original outlook range because the guidance did not contemplate the secondary offering.

On a non-GAAP basis, excluding the impact of the secondary offering costs this year and the impact of the legal matter accrual last year, net income dropped 22.8 percent to $7.1 million, or 24 cents per share.

SG&A expenses increased to 25.6 percent of sales from 23.5 percent, again due to revenue deleverage from the calendar shift. The overall $1.6 million increase in SG&A was primarily attributable to an increase in store payroll in part due to minimum wage increases, expenses million associated with a secondary offering completed in early September, and increased online marketing costs.

On a conference call with analysts, Thomas noted that the retailer posted its 10th consecutive quarter with comp sales no worse than flat and its strongest back-to-back quarterly comp sales performance since the first half of 2012.

The store segment recognized its 8th consecutive quarter of year-over-year store traffic growth. He further said Tilly’s has outperformed most of the industry in terms of traffic performance for several quarters.

He added, “We have been able to drive positive traffic to the store without giving the store away, which is consistent with what we’ve done really for the past three years. We haven’t run this – give the store away, BOGO, whatever the whole store. And so, we’ll continue with that policy going forward because we’ve been successful in driving traffic and more regular price business by sticking with that.”

E-commerce likewise marked its strongest e- performance since the first quarter of fiscal 2012, and included the relaunch of a Pick-Up In Store program in mid-September.

In terms of merchandising, footwear was the strongest department during the third quarter, followed by girls, accessories, men’s and women’s, all of which comped positively to last year. Boys was approximately flat. Added Thomas, “Thus far, in the early part of the fourth quarter, total company comps are up low single-digits with strong e-com growth, compensating for slightly negative store comps.”

On the expansion front, four stores were opened in the quarter, bringing total full-size store openings to 12. Four RSQ-branded pop-ups were also opened in the year and overall the company saw its highest number of new stores added since fiscal 2014. For 2019, 15 to 20 new full-size stores are planned, as well as a number of unplanned RSQ locations.

For 2019, Tilly’s is also working on an enhanced mobile app, which will be linked with an expanded loyalty program, offering same-day delivery from selected stores and ship-to-store program. Said Thomas, “We’re excited to implement these new programs next year and expect these efforts to meaningfully improve the convenience factor for our customers and further strengthen our business.”

For the fourth quarter: