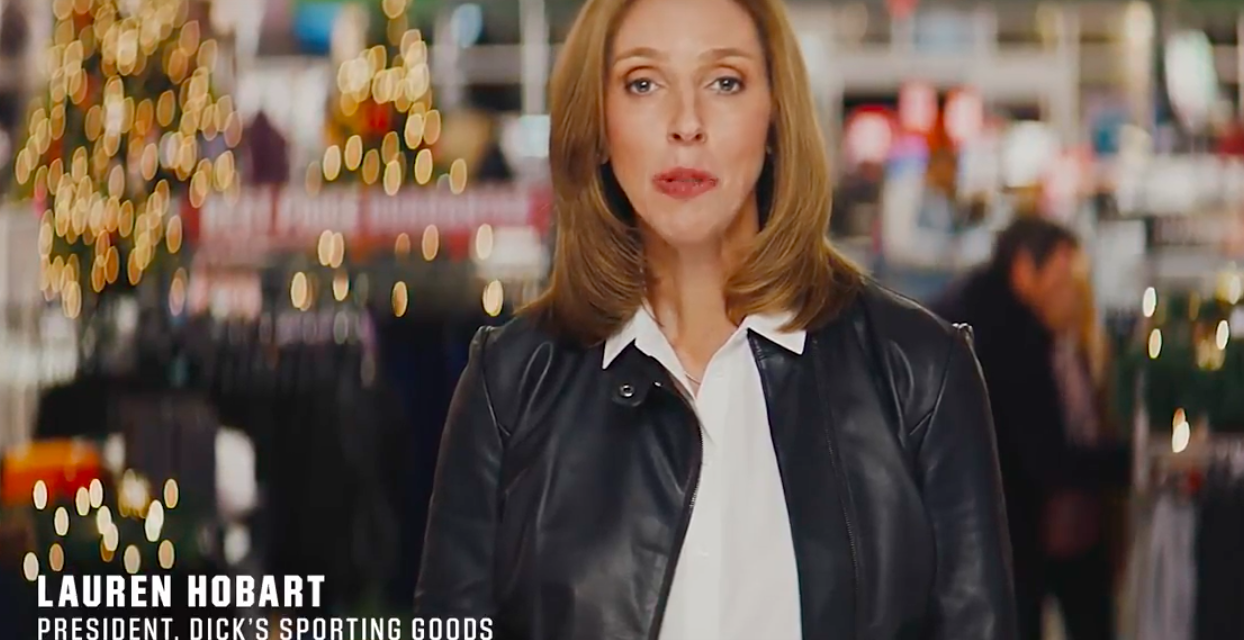 By all accounts, this is the first time Hobart has appeared in a campaign. The retailer has traditionally not used a spokesperson.

In the campaigns, she highlights the retailer’s free shipping, easy in-store returns, buy-online, pick-up i-store, its “Best Price Guarantee, and promises the retailer will have extra registers open during the holiday selling period. She also highlights the “positive impact of the playing sports” and “giving a gift that matters.”

The following are some executions: