1% for the Planet said its environmental donations grew by 40%. The organization is a network of companies in 43 countries who pledge
to give at least 1% of their revenue to environmental causes.
In the last three years, more than one company a day has joined the 1%
network.

The organization in a statement noted that the recession has meant sharp cutbacks in American philanthropy, with donations to the nation's largest nonprofit groups dropping 11% and giving by the largest corporations down 7.5% last year, according to The Chronicle of Philanthropy. But one group of donors is bucking the trend: the 1,380 companies who are members of 1% for the Planet.

“I never thought we'd have more than 1,000 members,” says Yvon Chouinard, CEO of Patagonia, who created 1% with his fishing buddy, Craig Mathews of Blue Ribbon Flies in West Yellowstone, Montana. “Now it's clear to me that we've started a revolution that's only just begun.”

In less than a decade, 1% for the Planet has emerged as one of the leading channels of funding for environmental work in the world. Since 1%'s launch in 2002, its members have given more than $70 million to nonprofit groups of the members' choice focused in sustainability, from large international organizations to local community groups. More than 2300 non-profit organizations have been qualified by 1% for the Planet to receive funding from 1% member companies.

So why do companies make the 1% commitment? Terry Kellogg, CEO of 1% for the Planet, explains. “Companies see many benefits from environmental giving. They're using 1% to clearly differentiate themselves from competitors. They're forging strategic partnerships with recipients. And they're aligning themselves with the values of their customers.”

“Nowadays consumers want to know that companies they are supporting with their dollars are making a positive impact on the world,” says Jennifer Orgolini, Director of Sustainability at New Belgium Brewing. “When our customers see that we are a member of 1% for the Planet, they quickly understand we care about the communities where we sell our beer.”

For New Belgium, community includes every state in the Colorado River basin, from its origin not far from the brewery in Fort Collins, Colorado, to its terminus near the Mexican border. In 2010, New Belgium created the Save the Colorado River Campaign. In its first year, the campaign fund handed out $150,000 in grants to environmental organizations working in the basin, from the Grand Canyon Institute, which is working to protect wildlife habitat, to the San Diego Coastkeeper, which is advocating for reuse of treated wastewater.

“For us as a business, one of the best things about joining 1% is that they pushed us to take a wide-lens view of the many ways we can support environmental work,” says Orgolini. “In addition to donating $1 for every barrel of beer we sell, we also provide free beer for organizations' fundraisers and other events. 1% has helped us see all the different ways we can make a difference.”

Center for Whole Communities, a land-based leadership development organization based in Fayston, VT, has received significant funding from 1% member companies. Ginny McGinn, Co-Director of the Center for Whole Communities, says, “Foundation resources for the critically important work of building the capacity of environmental nonprofit leaders across the country have been significantly impacted by the downturn in the economy. The folks at 1% inspired visionary corporate giving that allowed us (Center for Whole Communities) to increase access to our programs for 2011. 1% for the Planet's model is a game changer for the nonprofits working to improve the health of the planet – and the health of our communities.” 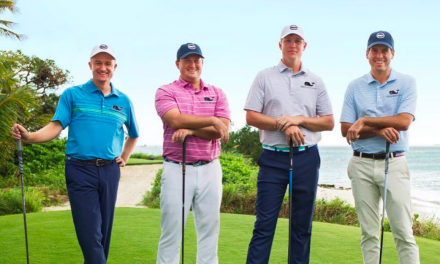 Next, Inc. Board Rallies Behind Embattled Chairman