Results topped guidance calling for EPS in the range of $1.10 and $1.12 provided on February 6 when it reported January sales. When it reported third-quarter results, guidance had called for comparable sales growth between 0 percent and 2 percent and EPS between $1.02 and $1.08.

Fourth quarter fiscal 2018 diluted earnings per share results included a $4.3 million reduction in tax expense from the impact of U.S. federal tax legislation or $0.17 per share. Fourth quarter fiscal 2017 results included $3.8 million in net sales related to the recognition of deferred revenue due to changes in the company’s STASH loyalty program estimated redemption rate. It also included $3.4 million of charges in the provision for income taxes due to a valuation allowance against certain deferred tax assets in Europe, partially offset by a $0.5 million benefit related to U.S. federal tax legislation. The combined impact of these items reduced net income and earnings per share by $0.5 million and $0.02 respectively.

“For the third consecutive year we delivered strong comparable sales and operating income growth in the key holiday quarter,” said Rick Brooks, chief executive officer of Zumiez Inc. “Our ability to consistently improve upon our performance is the result of the hard work we’ve done positioning the company to win with today’s empowered consumer. This includes ensuring that we have the brands and products our customers are looking for, that we provide an authentic brand position with outstanding service levels and place inventory in the right stores to meet and fulfill demand quickly regardless of what channel they shop. Finally, our localized fulfillment strategy has provided a retail model with a singular cost structure that we can more easily leverage to drive operating margin expansion. We start fiscal 2019 with a strong balance sheet that provides us with financial flexibility to explore multiple opportunities for creating increased shareholder value.”

Going forward Zumiez said it will be discontinuing the reporting of monthly sales results. Monthly results can include variability from items such as holiday timing, retail calendar shifts and other marketing related activities that can lead to misinterpretations of business performance. With each of the company’s quarterly earnings releases throughout the year it plans to update you on quarter-to-date comparable sales results to provide directional information about business performance along with its guidance for the current quarter.

The company is introducing guidance for the three months ending May 4, 2019. Net sales are projected to be in the range of $202 million to $206 million including anticipated comparable sales growth of between negative 2.0 percent and flat to prior year. Consolidated operating margins are expected to be between negative 2.0 percent and negative 1.0 percent resulting in a net loss between $0.13 and $0.07 per share. The company currently intends to open approximately 14 new stores in fiscal 2019, including up to 5 stores in North America, 7 stores in Europe and 2 stores in Australia. 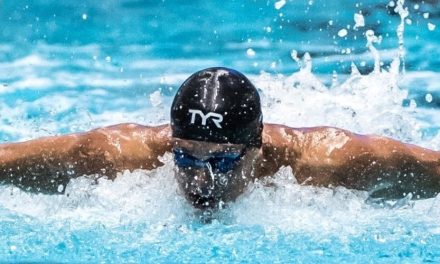