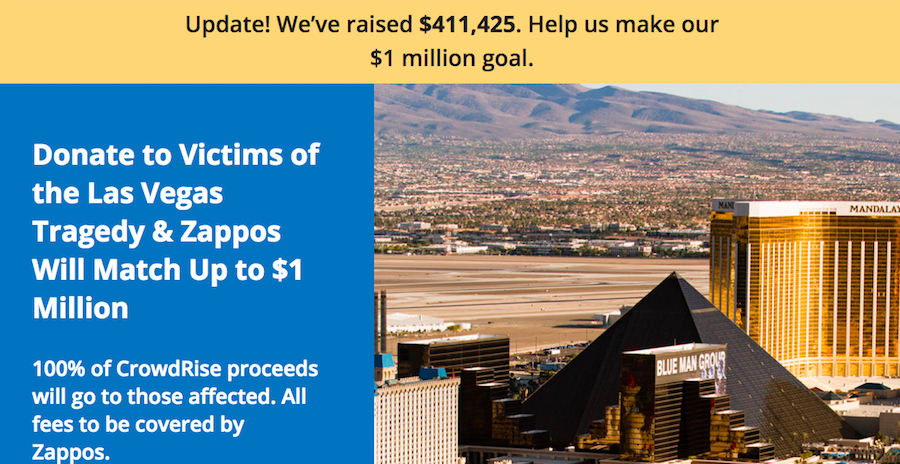 The company, which is based in Las Vegas, has pledged to match up to $1 million on its fundraising campaign on CrowdRise.com.  The effort has so far raised $411,425.

According to the Las Vegas Sun, Zappos has already used company funds – not funds raised through the fundraiser – to cover funeral costs for three victims. Families of each of the victims received $20,000 each to pay for funeral- and transportation-related costs.