Burns has spent well over 30 years in the outdoor industry, with positions as National Sales Manager at Patagonia, Inc., Director of Sales and Marketing at The North Face, and Vice President of Sales and Marketing at SweetWater, Inc. and Mountainsmith, Inc. Hes also worked as an independent TNF sales rep as well as general manager of a well known outdoor specialty retail chain.

“Mikes an incredible resource”, said John Cranford, Zamberlan USA Managing Director. “Hes been a rep, run a retail operation, and worked in-house with some of the best brands on the planet. I cant think of a better person to help launch Zamberlan USA.”

Burns will base out of Charlottesville, Virginia while Cranford will oversee western sales from Golden, Colorado. Both managers feel strongly that the two rgional offices will allow Zamberlan to better service customers and stay closer to the markets.

While he was drawn to Zamberlan by the quality, Burns says that the real reason he took the job was “family. Marco and Maria are 32 and 33, brother and sister. They use the boots and are outdoor people. Products are more than just dollars in the till. “ 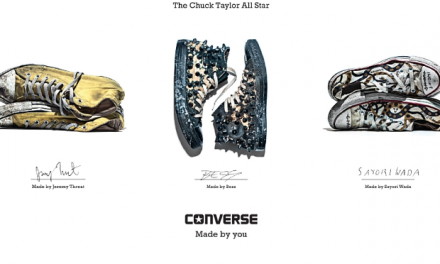 Converse Launches “Made by You” Campaign