Revenue
The revenue for the footwear manufacturing business declined by 1.6 percent in 2016 when compared to revenue recorded in the financial year 2015, whereas the production volume grew by 1.4 percent as compared with the same period in 2015. The Group’s manufacturing business produced a total of 322 million pairs of shoes, compared to 317.5 million pairs for the year ended December 31, 2015. The growth in volume was offset by a fall in average selling prices.

The Group is putting more strategic emphasis on transforming its business model from offering “economies of scale” and expertise in footwear manufacturing to “economies of value.” With the introduction of innovative services and solutions, and integrating the supply chain process, the Group strives to provide brand customers enhanced value proposition and better meet their changing demands and interests.

The revenue for Pou Sheng, the Group’s retail business, grew by 6.2 percent in 2016 to US$2,443.7 million when compared to revenue of US$2,300.2 million for the financial year 2015. Pou Sheng International (Holdings) Limited (Pou Sheng) has adopted RMB as its reporting currency from USD since its 2016 interim results in order to reduce the impact of foreign exchanges rate movements on its reported results and to provide shareholders with an accurate reflection of the Group’s retail business underlying performance. In RMB terms, Pou Sheng’s revenue increased by 12.2 percent to RMB16,236 million, compared to RMB 14,466 million in the same period last year.

Gross Profit
Gross profit margins for the manufacturing business improved, attributable mainly to better operational efficiency, while rising wages were partly offset by lower material costs tied to the commodity and oil price trend. The Group continued to work with international brand customers to enhance productivity across production sites and efficiency in its supply chain.

Pou Sheng had a gross profit improvement of 13.3 percent to US$868.2 million (or in RMB terms, 19.7 percent to RMB5,768.4 million) due to the stronger retail demand and fewer discounting activities.

Administrative expenses for the year were US$611.1 million (2015: US$682.2 million), equivalent to approximately 7.2 percent (2015: 8.1 percent) of revenue. The decrease in administrative expenses was attributable mainly to a decrease in employee-related provisions. Since cost pressures continue to be significant for both the manufacturing and retail businesses, the management of both units will continuously look for ways to improve efficiency and productivity.

Lu Chin Chu, chairman, commented, “We are pleased with the Group’s performance despite the presence of uncertainties and slow global macroeconomic growth. We will continue to seek greater efficiency and provide value added solutions to our brand customers, while balancing the need for sustainable development. We will also continue to offer better sports-related experiences and choices to consumers, thereby helping our brand customers benefit from rising sports consumption in Greater China.” 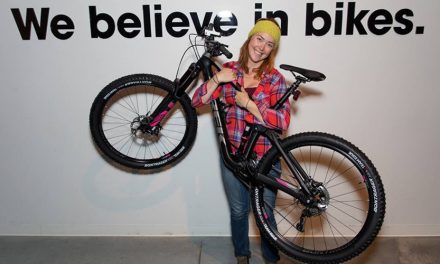