Michael Blunt, former SVP of sales for YKK (U.S.A.) Inc., has been named the Fastening Business Leader for YKK's North and Central America (NCA) Region as well as president of the company's subsidiaries, YKK USA and Tape Craft Corporation.

Commenting on Blunt's new appointment, Alex Gregory, president and CEO of YKK Corporation of America stated, “The position of Fastening Business Leader is new and will play a significant role in our 'One Company' initiative whereby we will approach our customers in various markets as 'One Company' with a full array of fastening products and services.  Historically, we have described our business in terms of geography (Canada to Colombia) with fifteen companies spread out across the region. We still have the geographic component and different companies, but all of those Fastening companies now fall within Michael's area of responsibility.”

Blunt first joined YKK USA in 1978 as a sales representative in its Los Angeles office. From there, he held positions of increasing responsibility. In 1983, he became Branch Manager of YKK's San Francisco office. Ten years later, he was promoted to West Division Sales Manager. In 1998, he became VP of Sales for YKK USA's West Region and was named General Manager. Three years later, he moved to YKK USA's Marietta, Georgia, headquarters where he became V.P. of Sales. In 2008, he was promoted to president of all YKK NCA (North and Central America) Group's Fastening business.

In his YKK career, Blunt considers his greatest contributions to have been providing growth opportunities for employees through strong mentoring relationships, and he attributes his business success to YKK.  “Most of what I have learned about business, I've learned at YKK,” states Blunt.  “For example, I've learned how to develop employee strengths and morale, to manage business effectively by establishing clear goals and objectives, to evaluate and increase the value of our customer relationships, and to take a long-term, practical yet progressive view of our business.  YKK is a great place to work and is very fortunate to have excellent employees whose potential allows for their full development.  This kind of scenario enables a win-win situation for everyone.”

Federated Puts Lord and Taylor on the Block

Athletes From Alternative Sports Come Together To Build Deeds Alone 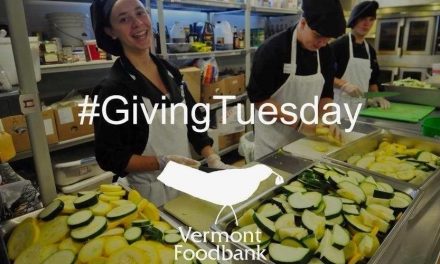