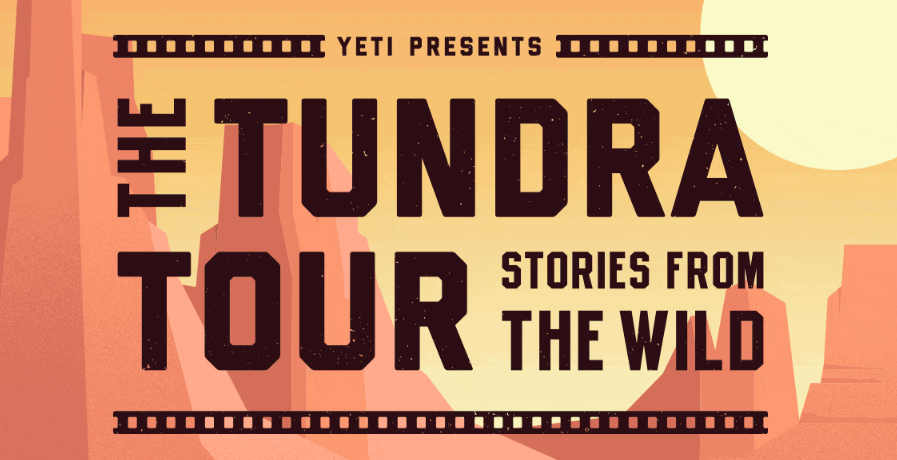 Yeti is celebrating the ten-year anniversary of the company’s Tundra cooler with a multi-stop film tour. This fall, Yeti will be hitting cities across the nation, showcasing a selection of Yeti Presents films, appearances from brand ambassadors and raffles with exclusive Yeti prizes.

It all started in 2008, when Yeti founders and brothers Roy and Ryan Seiders debuted the Tundra—a never-before-seen cooler born out of frustration. They were tired of handles breaking apart, latches snapping off and lids caving in year after year. So, they decided to create a solution—to engineer a cooler that was strong enough to double as a casting platform, packed with powerful insulation to keep ice for days, and tough enough to be dropped out of a truck, dragged through the backcountry, withstand any weather and still be game for more.

“We’re proud to be celebrating ten incredible years of the Tundra,” says Yeti CEO Matt Reintjes. “For the past decade, the Tundra has paved the way for all Yeti products—rugged, dependable, built to last—and has become a trustworthy companion. As we hit the road this fall, our team is excited and honored to share stories from the wild, both new and old, with the Yeti community across the nation.”

Kicking off in Denver, CO, and wrapping in the brand’s hometown of Austin, TX, all proceeds of The Tundra Tour will support local non-profit organizations that share YETI’s love for the outdoors.

Tickets can be purchased at: Yeti.com/the-tundra-tour

Yeti fans can also enter the #10YearsCold sweepstakes for the chance to win a VIP trip to Austin, TX.