“The response to the show was excellent,” affirmed Stone. “We attracted 2,764 more participants despite the complications connected with a Super Bowl weekend, the result of a legacy contract completed prior to the expansion of the football schedule. The level of participation is a testament to the importance of the show in the footwear and accessories industry.”

Stone further stated that “we spent a great deal of time meeting with exhibitors and attendees so that we can continue to be responsive to the needs of our customers. One of the items we discussed was the length of the show, which has been a four-day program historically. As a result of their feedback, we are announcing today a change to a three-day show beginning with the August 2007 event. With the efficiency afforded by being under one roof at the Las Vegas Convention Center, the new schedule will allow everyone the time to work and network and achieve cost and time savings. We anticipate a very positive reaction to this news since these conversations have gone on for some time. The advent of being in one building for August just makes this the right time to make this change.”

In addition, in response to numerous meetings in Las Vegas with industry leaders, The WSA Show management is reviewing the dates for the February 2008 show which were announced some 18 months ago.

“It has always been our goal to produce our events when our industry wants them,” Stone stated. “When we inherited the legacy WSA business, we did not inherit a long-term date and venue strategy. This placed an event business of our size at a great disadvantage. We worked with Las Vegas to avoid major events such as the Super Bowl, Chinese New Year, Magic, European shows, and had to face the facts that other industry events had long ago booked the facilities we wanted. We knew the 2008 dates, Feb. 21-24, were somewhat later than desirable, although we discussed them with major customers at the highest level. They were not overly concerned at the time.”

The company is working now to determine whether it is possible to make changes. “The wheels are in motion, and we hope to have possible alternatives developed within weeks,” Stone reported. “However, contracts were distributed on site, as usual, and it is critical that exhibitors reply on schedule to reserve space so that we know the needs we have to accommodate.”

Retailers and buyers attending the show reported a valuable experience. Evelyn Ungvari at Diavolina reported that they saw “great new product” from the current designers with whom they do business. According to Isack Fadlon, owner of Sportie LA, “The show in general was very good for us; we are able to get a broad perspective and can meet with most of the brands we do business with. Its a good time to network and meet people within different parts of the business like designers, sales, marketing, and really get to know the brands we work with.”

At WomensBootBoutique.com, the owner reported that “Im a start up company, so coming to the WSA show was a very good experience overall. I took advantage of a lot of the training classes offered as they were valuable to me as a new business owner.”

At The Collections at WSA, the response was equally enthusiastic. Prevata indicated that they received “over 80 customersand six new customers.” Farylrobin reported “a tremendous show this season,” echoed by Taryn Roses Tifiani Vernon who said “the show was amazing for us.” Adrian Fluevog called this “the best show I had had in years,” while first-timer Report Signature summed it up by saying “we are very happy that we have joined The Collections at The Venetian.”

The next WSA Show, scheduled for July 30 through August 1, will bring participants under one roof at the Las Vegas Convention Center for the first time. The Collections at WSA, running concurrently, will continue to reside at The Venetian.

DSW Set to Open Stores in Harlem and the Bronx 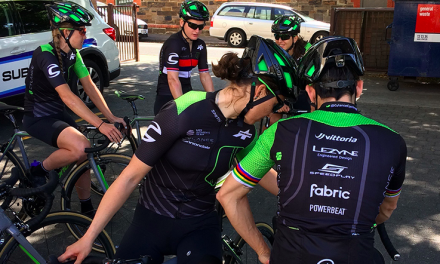