Woolrich Inc. has tapped Portland Product Werks (PPW), a team of footwear veterans, to launch its debut footwear collection in Fall 2014. The brand has signed a long-term, global licensing agreement with PPW to design, source and distribute premium footwear and slipper collections for men and women.

Portland Product Werks is a premium
footwear licensing group founded in 2012 by Sean Beers and Carl
Blakeslee. Beers, president, and Blakeslee, creative director, have a
combined 35 years of experience in the footwear industry working with
brands such as Nike, Columbia Sportswear, Sorel and Korkers.

Woolrich said the Woolrich name has been synonymous with quality products since 1830 and PPW continues that tradition with this debut footwear collection, featuring several styles that are 100% made-in-the-U.S.A. The entire footwear and slipper collection features extensive use of woven-in-the-U.S.A. wool produced in the historic Woolrich Mill in Woolrich, Pa. The same mill that provided blankets to the Union soldiers in the Civil War and is credited with bringing the iconic Buffalo check to generations of outdoorsmen dating back to the mid-1800s.

“As an extension of our commitment to quality, we have chosen the experienced footwear team at Portland Product Werks to bring the Woolrich brand to life in the premium footwear market,” said Nick Brayton, president of Woolrich, Inc. and seventh generation descendant of Woolrich founders. “The creative team at PPW has honored our heritage while bringing a distinctive personality to this collection that is unlike anything seen in the market.”

The entire footwear collection celebrates the storied Woolrich brand, which legend has it, was the first company to use a zipper in men’s trousers and has found a way since to incorporate its high-quality wool into all kinds of products  from all-wool bathing suits in the 1930's and golf knickers in the 1970's and iPad Cases just last year, to the rugged coats and outerwear beloved by generations of hunters and trappers.

“Woolrich is the iconic American heritage brand  and a walk through its woolen mill in Woolrich, Pennsylvania is like stepping back in time,” said Carl Blakeslee, co-founder, designer and creative director at Portland Product Werks. “It’s this sentiment that inspired us to create a footwear collection filled with hand-crafted, innovative details that have a heritage authenticity that we felt was lacking in the market. The motto we used to guide the creative process is ‘make it worth making.’”

The Woolrich Footwear Fall 2014 line features woven-in-the-U.S.A. wool from the historic Woolrich, Pa. mill, which is the country’s longest continuously running woolen mill. Each style will feature one of the brand’s iconic patterns, from its flagship Buffalo check, heritage plaid and tweeds to timeless stripes and solids. Woolrich wool has long been touted for its performance attributes, including moisture-wicking properties, comfort and durability. Wool keeps wearers warm when needed, cool when needed and always dry all highly valued qualities in footwear. 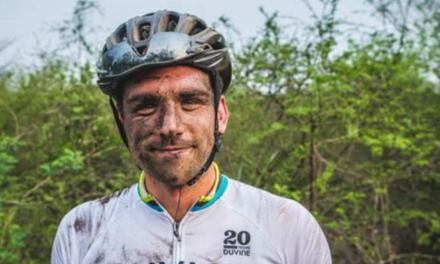