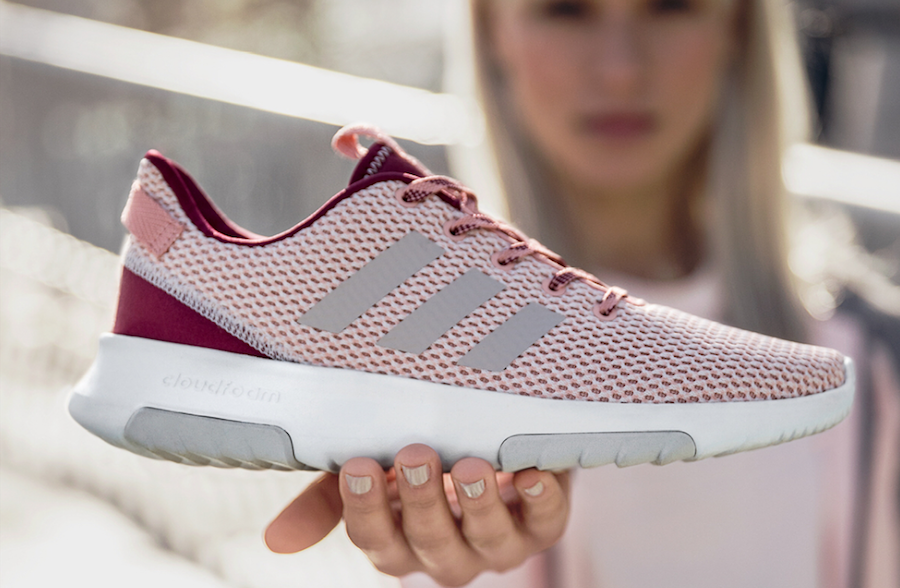 Female consumers clearly made the shift to convenience, comfort and price this back-to-school season when shopping for athletic footwear and the trend looks to be here for some time.

According to recent reports released by SSI Data, women’s athletic footwear sales were a shining star in an otherwise weak athletic footwear market during the 8-week back-to school period measured through September 9, 2017.

“The women’s athletic footwear business shined in the back-to-school period,” explained James Hartford, CEO and chief market analyst at SportsOneSource, LLC, which manages the SSI Data sales trend reporting platform. “The women’s business grew in the high single digits during the measured 8-week period while the men’s business posted a mid-single-digit decline and the kids’ segment delivered a negative low-single-digit result in the period.”

The data also suggests that female consumers are moving their athletic footwear business more rapidly to the Internet, Mid-Tier Department Stores and Family Footwear retailers. While women’s athletic footwear sales dipped in low single digits in the Big Box & Mall Specialty retail segment in the back-to-school period, sales surged in strong double digits in the Internet channels and increased in the mid-single digits in both the Mid-Tier Department Stores and Family Footwear channels of distribution.

Brand choice also shifted dramatically in the women’s business when looking at the comparisons between the 2017 and 2016 back-to-school buying periods.

While the Nike brand continued to maintain its lofty perch atop the brand share charts in the 2017 back-to-school period in women’s athletic footwear with a 41.7 percent share, the brand did lose nearly five points of share, according to the SSI Data. Adidas, Brooks and Under Armour all gained significant share in the back-to-school buying period, with Adidas adding nearly four points of share to nearly 11 percent of total women’s athletic footwear sales in the 8-week period and Brooks and Under Armour each adding about a 1.5 points of brand share.

The Adidas brand share gain in women’s athletic footwear came primarily in the Mid-Tier Department Stores and Family Footwear channels where the brand added 10 points of share in the back-to-school period versus to the year-ago comparable period.  Adidas also added share in the National Accounts Retailers segment, which includes the Internet and Big Box & Mall Specialty channels.

The Brooks share gain in women’s athletic footwear came from the Specialty Retailers segment where share surged in double digits.

The Adidas women’s athletic footwear growth in the 2017 back-to-school period was staggering, with sales growing more than 70 percent in the 8-week period versus the 2016 comp period on 100 percent growth in units sold. Most of the resulting average selling price decline came from the Internet channel. Still, Adidas did see a measurable shift in the women’s athletic footwear products sold this year.

“The 2017 back-to-school story for the Adidas brand was all about Cloudfoam technology,” said Hartford. “The top-selling Adidas women’s athletic shoe in the period was the NEO Cloudfoam Advantage and ten of the top 15 Adidas shoes for women were Cloudfoam shoes.”

Hartford went on to provide more detail on the SSI Data Top Sellers chart. “The Top 5 women’s athletic footwear shoes in the 2017 back-to-school period carried an average selling price of $51 or less,” he said. “This is in sharp comparison to the 2016 back-to-school period when a women’s Adidas shoe under $50 did not show up until the #6 position and four of the Top 5 last year sold for more than $80.” Last year the #1 Adidas women’s athletic footwear Top Seller was the Superstar.

The Adidas momentum with styles like the NEO Cloudfoam Advantage, which is a volume retailer take-down from the Superstar, has also impacted other brands beside Nike.

“Based on the SSI Data, which tracks franchise products like Converse All-Stars as a separate category, along with our consumer data and retailer store checks, the surge in women’s Adidas sales has had a clear impact on the Converse business,” Hartford suggested. “We see it in the weekly SSI Data and Nike, Inc. recently reported a sharp downturn in the Converse business. Our analysis leads us to conclude that the female consumer that was fueling much of the kids’ and men’s Converse All-Stars business over the last five years has shifted here attention to the Adidas product and new Converse All-Stars product designed for women. We see it on the street every day.”

The SSI Data revealed that sales in the men’s and kids’ Converse Chuck Taylor All-Star business fell nearly 10 percent in the back-to-school period versus the comparable 2016 period and is down in the mid-single digits in the calendar year-to-date period through September 23, 2017. Conversely, new Converse All-Stars product designed for women has shown strong double-digit growth, with most of it coming via the Internet.

As Adidas grabs headlines every day for their amazing turnaround and growth story the brand appears to be playing the game with a very focused strategy in mind. As Superstars and Stan Smith shoes started to see price pressure in the Athletic Specialty channel the brand dried up supply and knocked themselves off at $50 to $60 in the volume channels. Moves like this, along with a continuous flow of technology and fashion-influenced product in the Athletic Specialty channel, will give Adidas the long-term growth vehicle it needs to continue to gobble up share.

For more information on how your brand performed, e-mail Matt Tucker at solutions@ssidata.com, 303.997.7302.