Wolverine again exceeded its annual estimates and achieved record revenue and earnings per share for the fourth quarter and full-year. Sales in the fourth quarter increased 6.5% to $341.7 million compared to $321 million last year. Three of Wolverines four major marketing groups  Outdoor, Heritage, Hush Puppies and the Wolverine Brand Group – contributed to the company's 2006 revenue increase and all four groups contributed to the year's earnings increase. The weakening U.S. dollar versus European currencies had a positive impact on the quarter's revenue growth rate of 1.3%.

Regionally, Europe was again a major source of revenue growth, achieving record annual revenue of $219 million, up nearly 10% from the prior year. Revenue in Europe increased for the Hush Puppies, Merrell, Sebago, Caterpillar and Harley Davidson brands. The Wolverine sourcing group and European management team were able to offset “about 50%” of the $3.3 million of anti-dumping duties incurred by our European operation. However, these duties forced the regions profit contribution down in 2006.

The Outdoor Group, made up of Merrell, Sebago and Patagonia Footwear brands, continues to be the company's most significant growth driver. Outdoor Group revenue increased nearly 18% in the quarter and over 16% for the full-year. Merrell's 18% revenue increase for both the quarter and the full-year accounted for the majority of the increase. Despite investments in the brand, Merrell leveraged its growth to increase earnings over 20% for the year. Geographically, the growth has been very widespread, with about 25% of Merrells sales coming from Europe, which is growing at a faster rate than the U.S. WWW is launching the Merrell Apparel program to retailers around the world during this winter's trade shows, beginning with Outdoor Retailer in Salt Lake City and ISPO in Munich.

The Patagonia Footwear launch is underway with early sell-through reports that are, “very encouraging.” WWW will be launching the footwear in Patagonia's owned-retail stores, catalogues and website in the very near future. However, the impact of the new Patagonia business on Wolverines backlog was said to be “substantially less than 1%.”

In addition, Merrell management commented on the 16 multi-brand, full-price, mall-based Track 'n Trail stores and 66 value center stores which it owns. Same-store sales were “up solidly in 2006” and the company saw “improved growth margins and profitability.”

Wolverine reported an 18% revenue increase in the fourth quarter for the Sebago brand, which is benefiting from a new focus on the brand's marine heritage. Earnings for the brand were also said to be up in Q4.

The Heritage Brands group, which includes Caterpillar and Harley Davidson, revenue was up over 10% for the full-year with earnings up 8%. Fourth quarter revenue for the group increased over 9%.

Inventories increased 14.2% by the year-end, to support Merrell's double-digit backlog and the introduction of Patagonia Footwear. 90% of the increase in inventory is within the Outdoor Footwear Group. Management said that there is very little cold weather product included in the inventory and the majority of the product represents current in-line goods.

WWW expects 2007 revenue to range from $1.20 billion to $1.23 billion, or a mid-single-digit organic growth rate. The revenue estimate includes the initial full year of shipments for Patagonia Footwear and fall 2007 shipping for Merrell Apparel, but it also includes expected declines in DoD shipments and the phase-out of the slipper and private label businesses, which are not meeting required financial returns. Earnings per share for 2007 are estimated to range from $1.56 to $1.62 per share.

NRF: Retail Sales Up for First Time in Six Months 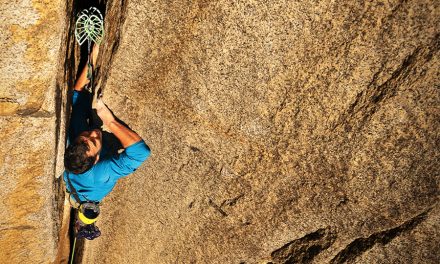