Wolverine Worldwide reported revenue in the first quarter, as expected, declined modestly to $627.6
million, a decrease of 2.8 percent versus the prior year. Gains were tempered by continued soft traffic at retail in the U.S., the strategic realignment of Sperry Top-Sider's U.S. distribution, extreme weather conditions in the U.S. and the U.K., and the impact of the shift in timing of Easter business to the second quarter. Adjusted earnings were also down but ahead of management expectations. Wolverine reaffirmed its guidance for the year.

“We expect fiscal 2014 to be another record year for the company, driven, in part, by our excellent earnings performance in the first quarter,” said Blake W. Krueger, the company's chairman and chief executive officer.  “Our diverse global business model  which is focused on 16 brands and multiple consumer groups, distribution channels, and geographies  is one of our Company's greatest strengths.  We believe our global geographic balance, brand diversity, and focus on product creation and forging strong connections with our consumers will drive revenue and earnings growth in 2014.”

Additional details for the quarter: 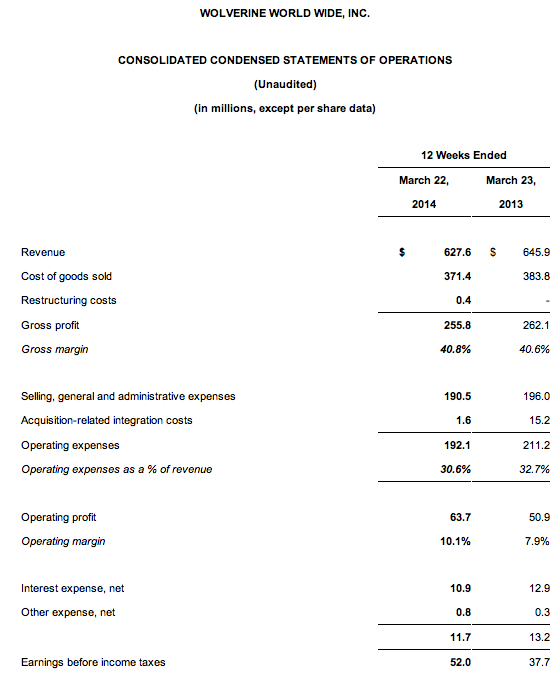 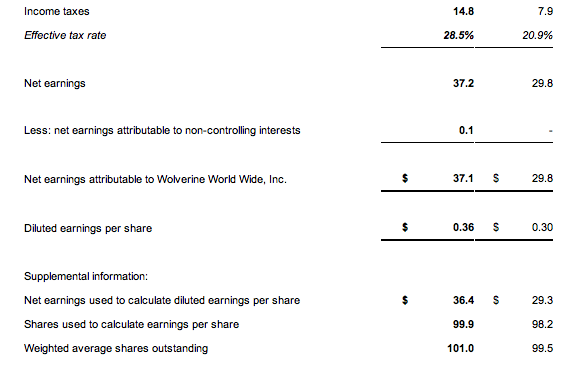 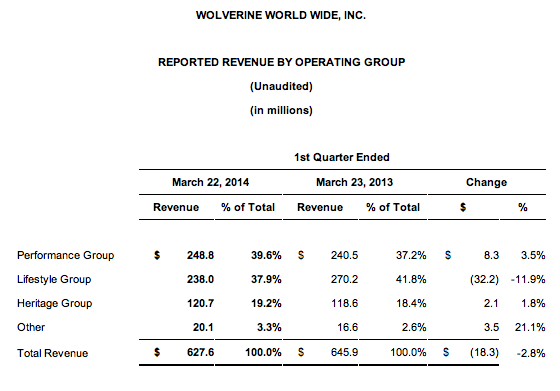