Look for Confluence Outdoors to acquire a standup paddleboard (SUP) brand this year with fresh growth capital provided by its first new owner in more than a decade.

The nation’s largest maker of rotomolded and premium kayaks announced Tuesday that it had been acquired by J.H.  Whitney Capital Partners, LLC, a private equity firm out of Connecticut with a track record of nurturing outdoor brands. The company immediately changed its name from Confluence Watersports to Confluence Outdoors to signal its ambition to expand into other outdoor recreation categories with J.H. Whitney’s help. Terms of the deal were not disclosed.

Confluence CEO Sue Rechner said the company will keep its focus on paddlesports in the first phase of growth under J.H. Whitney.

“We are planning on doubling down and phase one of our growth will be in the paddlesports arena,” said Rechner, who has serve as Confluence CEO since 2008. “We have a lot of work to do to get much better at what we are already good at.”

Rechner said one of the company’s first moves under J.H. Whitney could be to acquire an SUP brand.

“You will see movement very quickly because we should be in SUP and we are not,” she said. “Step one would be collaborating with, or acquiring, a brand. We would look to somebody who has great authenticity in the SUP world.”

While SUP has been the fastest growing watercraft category for many of their dealers, neither Confluence nor its primary rival Johnson Outdoors make the boards. SUPs, which were spawned more by surfers then paddlers, are commonly made using composites or inflatable bladders and have drawn new consumers into paddlesports because of their ease of use, fitness benefits and novelty. Confluence had held off on entering the market due to concern it would go the way of kite surfing and other short lived fads.

Confluence owns the Wilderness Systems, Perception, Dagger, Wavesport and Mad River Canoe boat brands as well as Bomber Gear apparel, the accessories brand Harmony and the paddle brand Adventure Technology. The company does not disclose sales, but one dealer estimated it sells about three times as many boats as Johnson Outdoors, which would equate to more than $100 million annual sales. J.H. Whitney focuses on acquiring companies with revenues of $50 million to $500 million for between $40 million and $500 million.

J.H. Whitney acquired Confluence from a unit of American Capital Ltd., a publicly trade private equity firm that manages more than $19 billion in assets. American Capital first invested in Confluence in 1998, gained majority control of the company in 2002 and upped its investment to $61 million by 2005 by helping finance Confluence’s acquisition of Watermark Paddlesports Inc., which owned the Dagger, Perception kayak brands and the Harmony and AT Paddles accessory brands. Confluence’s last acquisition came in 2010, when it acquired the apparel brand Bomber Gear.

“American Capital is a great firm but they are a multi-national generalist,” said Rechner. “I got access to other CEOs there, but I can go very narrow and very deep with JH Whitney's expertise.”

She added that J.H. Whitney’s experience with consumer products and the outdoor space, its collaborative management style and its eagerness to support U.S. manufacturing will help Confluence become a full-service outdoor recreation company over the next five to seven years.

“I could see us over the next year to two years taking a look at what are the categories that are trending with consumer and stepping into those with our existing expertise,” said Rechner. “It has to be relevant. It could be an adjacency or have an overlap where we can leverage our relationships.”

J.H. Whitney is considered an ideal strategic investor by many in the outdoor recreational products industry thanks to its decades-long track record of nurturing such brands such as Brooks, Eastern Mountain Sports, Igloo, Pure Fishing and The North Face.

“We have had our eye on a partnership with Confluence for years,” said Paul Vigano, senior managing director at J.H. Whitney. “The company has been such a significant and flourishing player in this space, and we have an immense respect for Sue and her team. J.H. Whitney has long been passionate about the outdoor recreation industry, and we are excited to support continued success and growth for the new Confluence Outdoor.”

Confluence will continue to work from its headquarters in Greenville, SC, where most of its 475 employees work since the company relocated its manufacturing, design and engineering, research and development, customer service, sales and marketing operations in 2011.

Mavis to Oversee All Product at Brooks 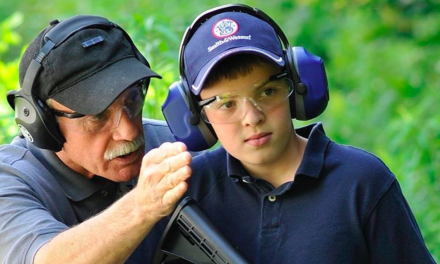 Tiger Goes Back to a Nike Driver…