Lodging properties in 17 western mountain resort destinations wrapped up the summer through Aug. 31 with a 5.5 percent increase in actual occupancy and a six percent increase for the past six months compared to 2012, according to the most recent data released by the Denver-based DestiMetrics.

The results are through Aug. 31 and the forward-looking data is aggregated from mountain lodging properties in five western states to track the impact of destination visitors on tourism economies.* The robust number of overnight visitors led to the record-breaking summer occupancy that surpassed pre-recession figures. As mountain destinations now shift their focus to winter reservations and the ski season, bookings for the upcoming six months are currently continuing the summer’s strength.

“Mountain lodging properties in Colorado and Utah got an additional boost in visitors during August from spectators who came to watch the multi-day pro cycling events that generated extra buzz and excitement in the anchoring mountain communities,” explained Ralf Garrison, director of DestiMetrics. “But mountain destinations can’t rest on their successful summer laurels as the winter booking season begins in earnest now. At this early stage, winter bookings are pacing well ahead of last year and signs are pointing toward continued momentum but we will be keeping an eye on economic and political news that can shift travel dynamics quickly.”

For the immediate future, September is continuing the upward trend with on-the-books occupancy up 6.6 percent compared to last September and revenues up 13 percent for the month. The six month forward view revealed that as of Aug. 31, on-the-books occupancy is up nine percent for arrivals in September through February compared to the same period last year with increases in every month except November. The pace of overall bookings made in August is essentially flat compared to the same period last year.

The monthly Briefing continues to focus on four economic indicators that may influence consumer travel behavior. The 4.4 percent decline in the Dow Jones Industrial Average (DJIA) during August was seen as a negative while a rebound in the Consumer Confidence Index was noted as a positive. The slight dip in unemployment down to 7.3 percent was ranked as a neutral influence since the decline was attributed to fewer job seekers rather than the creation of new jobs. The Travel Price Index climbed in July (data lags by 30 days) led by increases in both national room rates and crude oil prices affecting airline and rail prices.

“It’s interesting that travel inflation is slightly higher than the consumer inflation rate. That indicates to us that travelling consumers are willing to pay a bit more to ‘get away’ or take a vacation,” notes Tom Foley, director of operations for DestiMetrics. “But as we focus on the upcoming season, we are reminding our subscribers that Washington’s negotiations on budget issues and the debt ceiling come at the same time as our critical early booking season and could influence the coming season if things don’t go more smoothly than the last time around.”

The Briefing provided a pre-season reminder of other outside influences that could impact the season for the good and bad, ranging from the looming crisis in Syria to interest in winter sports generated by the Sochi Winter Olympic Games in February, and the all-important impact of snowfall.

“We’re launching the winter booking season with both pistons firing-stronger economic fundamentals and what we call ‘positive snow equity’ from good snowfall enjoyed by most regions through most of last year and abundant snowfall at season’s end,” said Garrison. “As a result, we’re seeing strong advanced reservation activity and better prospects than we’ve seen since before the recession began,” he added. 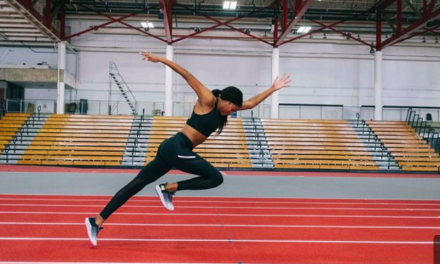