The whitewater kayaking world lost one of its most passionate entrepreneurs from the sport’s early ‘90s heyday with the passing of Wave Sport Founder Chan Zwanzig July 24 after a long battle with cancer.

“When I started making kayaks there was really only one kind on the planet – the Perception Dancer,” he said in an earlier interview with Paddling Life. “After kayaking with some Brits in Nepal, I talked to manufacturers they knew about improving the Dancer. Then I imported it to the States, calling it the Lazer.”

Zwanzig, who died at 71, founded Wave Sport kayaks in 1986 in Steamboat Springs, CO, building his own mold and oven and growing the company into one of the industry’s top brands. He later sold the company to Confluence Watersports in 1999, during an era of industry consolidation. During his time at the helm, he became known as an eccentric entrepreneur who was passionate about paddlesports (his “WS” earring said it all).

Zwanzig was also an experienced expedition kayaker, participating in many well-documented first descents throughout the world. In 1980, he ran Peru’s Rio Urubamba with Tim Biggs of South Africa. In 1983, he was the first to kayak Peru’s Paucartambo River. In 1986 he participated in a British expedition to Nepal’s Dudh Kosi River, which was made into a National Geographic documentary “Himalayan River Run.”

“His boats always moved really well, and he was always coming up with something new,” said longtime paddlesports retailer Peter Van de Carr of Backdoor Sports. “Plus, he had a way of getting the younger generation involved.”

He was known for his sponsorship of younger athletes. Some of the sport’s biggest names were involved with Wave Sports at one time or another, including Eric Jackson, who went on to found Jackson Kayaks, Dan Gavere and former World Freestyle Kayak Champions Ken Whiting and Eric Southwick. Zwanzig also promoted women’s whitewater kayaking sponsoring such paddlers as Erica Mitchell and Tanya Schuman.

“He somehow embodied the movement of the river world to a younger place,” said Dagger Founder Joe Pulliam, one of his biggest competitors at the time. “He brought high energy, passion and an edge to the scene. He was a fierce competitor and a major contributor to the sport’s glory days.”

“His support of up and coming paddlers helped create and shape the whitewater industry,” said Sam Drevo, who now owns kayak school eNRG Kayaking in Oregon. “He invested in potential and in the future of whitewater sport — through river festivals, events, designs, and people. He was a hardcore trailblazer for whitewater kayaking.”

For Zwanzig, who saw a void in designs, it was all about making the sport more fun for experts and easier for novices. “There was a vacuum in paddlesports, created by the concept that slalom was all there was,” he said. “No one was thinking out of the box. Every boat I paddled for the first several years was four meters long.”

“The sport went off from about 1994 to 1999,” he said. “It was the freeride skiing culture coming to paddlesports.” After selling the company to Confluence, which moved it to its headquarters in Greenville, SC, he saw the brand’s market position slip as Confluence balanced Wave Sports with such other brands in its arsenal as Dagger and Perception. Confluence later moved production of Wave Sport kayaks to the UK solely for the European market.

“Product development went under the control of investment bankers who didn’t necessarily have the best interests of paddlers in mind,” he said. “To me, the industry should be secondary to the culture.”

Leaving behind his wife Katie, he never lost sight of enjoying life while you can. “In my later years, fun transcended adrenaline,” he said. “It was good enough to just be out there.'” 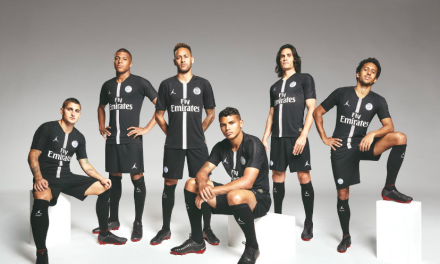