Not unlike other trade shows this last month, the PGA Merchandise Show last week continued the mood as the usually festive atmosphere worked to fight its way to the surface. Thursday seemed slow and quiet, though weather and flight delays may have played a part.  In all though, the mood on the floor was somewhat more subdued than in the past.  Discussion around the economy in general and the job fair atmosphere were rampant, but still new products were on display with several interesting trends across the floor in appearance.


Preliminary show numbers at the Outdoor Retailer Winter Market trade show indicate the softening of the market did affect attendance a bit, both in the number of attendees (approx. 16,500 attendees) and sold floor space (330,000 net-sold, square-feet). The overall attendance numbers were “down slightly,” a decrease of approximately 5% from last year's Winter Market turnout.
The show's organizers noted that the event did manage to add more than 110 new exhibitors and new areas/events to better meet the business needs of its attendees and exhibitors.
“Historically, the outdoor industry has done well in economic downturns, and this trend appears to be holding true today as our overall numbers are down only slightly from last year's Winter Market,” said Kenji Haroutunian, Outdoor Retailer show director.
Although some manufacturers and retailers sent fewer people to this year's show, the right exhibitors and buyers were in attendance, and orders were definitely being written on the show floor.”
Commenting on the Outdoor Retailer Winter Market traffic, Mike Wallenfels, president of Mountain Hardwear, pointed out that while attendance was clearly down, the people who were present were retail store principals and experienced buyers.
“The on the floor sales people who may have earned a trip to Salt Lake in previous years stayed home,” he said.
SIA 2009 was a surprisingly lively show considering the widespread declines in many other trade and consumer shows in recent weeks. While Outdoor Retailer Winter Market reported a 5% decline in attendees, and ASR attendance was down significantly, SIA is estimating up to a 5% increase at the 2009 show. The mood on the show floor was certainly cautious, but many vendors  especially hardgoods vendors  have already gone through significant down-sizing after spotty winter seasons in 2006 and 2007. Because of this weather-related phenomenon, these brands were well prepared for the current economic down-turn.
SIA is reporting that the SnowSports Show 09 attracted an estimated 20,000 attendees including manufacturers, retailers, buyers and sales reps.  More than 800 brands, including more than 80 new exhibitors, covered 348,000 square feet of floor space at the Mandalay Bay Convention Center.
Many of the brands on the floor are well aware of what another round of poor snow could mean for the industry and evidence of wise frugality was apparent in every corner of the trade show. Many top tier brands eschewed the six-figure custom-designed booth and simply cobbled together their reps smaller regional show booths to make one large booth. Others stretched their old booth one more year to avoid new design expenses.
As usual, the party atmosphere on the snowboard side of the Mandalay Bay Convention Center was at full volume, but the growing twin-tip hardgoods and apparel companies also gave the ski side of the hall a much needed boost of excitement.
After 37 years in Las Vegas, the 2010 SIA SnowSports Show will be held at Denvers Colorado Convention Center. The $30 million 10-year agreement is reportedly the largest convention booking in the convention centers history. The new location offers more than 200,000 square feet of exhibit space.  SIA reports 35 new companies have already signed on for the 2010 event.
Though many trade shows have seen a decline in attendance, SHOT Show attendance remained strong this year, rising 3% when compared to its last visit to Orlando in 2007. According to preliminary figures, this year's show attracted 25,384 attendees, 22,098 exhibiting personnel and a record 1,425 members of the media for a total attendance of 48,907.
“This has been a tremendously successful show from a number of standpoints,” said NSSF President Steve Sanetti. “Exhibitors and buyers were very upbeat, the products sold well, and I'd say the industry begins 2009 with a sense of cautious optimism in this challenging economy.”
The show, held January 15-18 at Orlando's Orange County Conv. Center, comprised 715,000 square feet of exhibit space, with 1,800 exhibiting companies.
Not only was total attendance up from the last Orlando show, but the number of buyers increased 5% from the last Orlando show.
“Our meeting rooms were booked, and the quality of the buyers at the show was very good. We saw good volume in our law enforcement booths, and we're very pleased with the media turnout,” said Al Russo of Remington Arms.
The show moves back to Las Vegas for the 2010 edition.  SHOT generally sees a higher turn-out at the Las Vegas shows.

Diadora Licenses Soccer in the U.S. 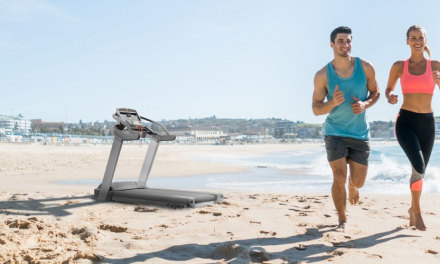