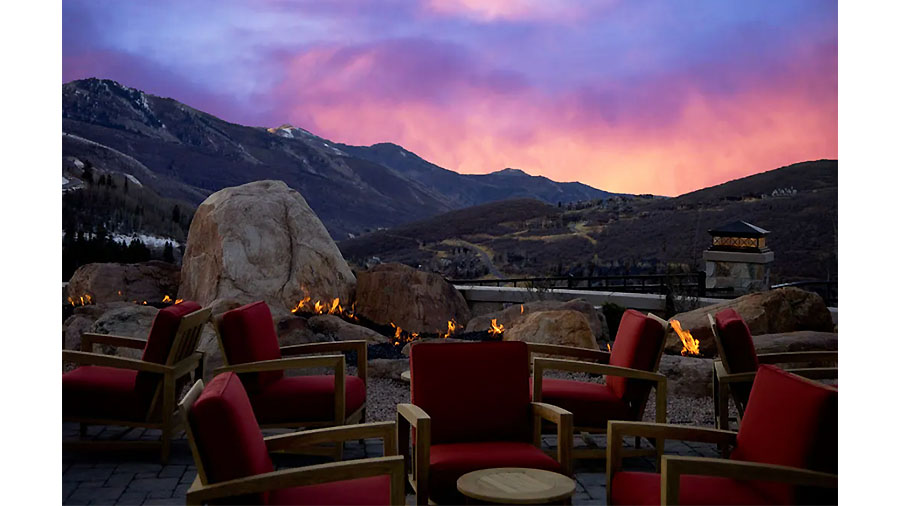 A late-season surge increased visits to enable participating properties in Western mountain destinations to reach an aggregated 102.3 percent of the total actual room nights booked for the entire last winter, according to Inntopia’s DestiMetrics tracking service. However, although actual occupancy eked out a seasonal gain over last year’s short season, daily rates weren’t strong enough to offset more than a month of lost nights.

While in the end mountain lodging fell short of a full recovery from the unprecedented impacts of the COVID-19 pandemic, the year-end summary was far “less bad” than projected at the start of the season and as recently as 45 days ago.

The aggregated results include 18 mountain destinations in eight western states. Along with comparisons to last year at this time when pandemic-mandated closures ended the ski season, it also provides comparisons to data from two years ago.  For the third consecutive month, incremental fill, the amount of occupancy that results between the last day of the previous and current month provided a vital boost to strengthen the year-end results and furthering momentum for the coming summer months. Results were tabulated through April 30.

April Results
Although actual occupancy for the month of April in a year-over-year comparison to the first full month of the pandemic shutdown was up an extraordinary 1,860 percent compared to last April, the more meaningful occupancy comparison for tracking April mountain lodging is the 0.7 decline in occupancy compared to the same time two years ago. The same striking comparison is also apparent when reviewing daily rates and revenues to both last year and two years ago.  Compared to the plunge experienced in April last year, the Average Daily Rate (ADR) was up 127.4 percent compared to one year ago to deliver a staggering increase in revenues for the month. It is important to note that the 2020 numbers were small to generate these statistically gigantic shifts in percentage. But most significantly, when contrasted to two years ago, April rates were up an impressive 34.6 percent and that provided properties with an aggregated 33.6 percent increase in revenues compared to April 2019.

“Summarizing this winter season is unusually complicated this year as the enormity of the pandemic completely upended how the ski season and mountain destinations were forced to operate,” reported Tom Foley, senior vice president for Business Operations and Analytics for Inntopia. “But there were certainly some ‘wins” and considerable comfort in knowing that in this uncertain and ever-evolving season, an empathetic approach to guest’s concerns coupled with diligent policies in on-mountain and lodging operations encouraged a loyal consumer base to venture to the mountains. That loyalty delivered a winter season that was far better than anyone had predicted or even hoped for last fall,” he noted.

Summer Surge Building On Winter Momentum
As with all comparisons to the early weeks of the pandemic shutdown, year-over-year contrasts are striking. As of April 30, on-the-books occupancy for the upcoming summer season that includes May through October, occupancy is up a substantial 90.4 percent compared to the same time last year but is down 4.7 percent compared to the same time two years ago. But the daily rates tell a different story.  Compared to last year, ADR is up a healthy 28.1 percent and along with the growth in occupancy, is providing an unprecedented year-over-year revenue gain of 143.9 percent. Robust growth for the coming summer is clearly evident when drawing comparisons to two years ago at this time. Daily rates are up a substantial 32 percent compared to the pre-pandemic summer and if they hold, will deliver a 26.9 percent gain in summer revenues.

“As we move into the summer months, pent-up demand, improvements in public health and economic strength are combining to create fantastic momentum heading into this summer,” observed Foley. “To say that current gains in rate and revenue for the upcoming summer are unprecedented is an understatement, whether we’re comparing to last year or the pre-pandemic conditions from this same time in 2019,” he emphasized.

Keeping An Eye On

Economic Measurements
Upward momentum continued during April as the Dow Jones Industrial Average (DJIA) gained  2.7 percent and posted the third consecutive record-high monthly close, marking the fifth time in six months that the Dow has broken an all-time monthly closing record.  Positive news about the pandemic, passage of the federal stimulus package in Congress, increased consumer spending, and strong quarterly earnings on Wall Street are credited with driving the meteoric rise.  The Consumer Confidence Index (CCI) rose a dramatic 11.7 percent during April to bring it to its highest level since February 2020, indicating consumers felt better about short- and long-term prospects for the economy.

The national Unemployment Rate unexpectedly rose from 6.1 to 6.2 percent in April as employers added only 266,000 new jobs, dramatically short of the million new positions expected by economists. Another setback was the revision down of new March jobs from 916,000 to 770,000 by the Bureau of Labor Statistics. On a positive note, wages increased 0.7 percent. Currently, 8.2 million jobs that existed in February 2020 have yet to be recovered.

“For most mountain lodging properties throughout the West, this past winter season is considered a win, primarily because sustained economic growth, pandemic relief stimulus, and an aggressive vaccination program helped sustain daily rates and drive some very solid end-of-season bookings. The final result was a much better season than anyone expected or hoped for,” added Foley. “Even more heartening for destinations is that late winter momentum is continuing into the summer months and travelers are currently showing not just tolerance for increased rates but something approaching indifference,” he concluded.