“I would characterize 2013 as a challenging year due to the unusually cold, rainy and windy weather in many of our markets during the first half of the year,” said Matt Hyde, West Marine's CEO. “We were disappointed in the results, but we have continued to make great progress with our three key growth strategies: eCommerce development; merchandise expansion; and store optimization. Our growth strategies continue to evolve West Marine into a waterlife outfitter by offering broader product selections, a more appealing in-store experience and ease of shopping options.”

The accompanying financial statements have been revised, primarily to reflect immaterial corrections of certain cash consideration received from our vendors that were previously recorded as a reduction of advertising in selling, general and administrative expense and are now reflected as a reduction to cost of goods sold. The revision included a decrease of $9.4 million to cost of goods sold and an increase of $9.3 million to selling, general and administrative expense which resulted in a $0.1 million increase to pre-tax income for fiscal 2012.

Our key financial projections for full-year 2014 are in the following ranges (note that fiscal 2014 is a 53-week fiscal year for West Marine):

Reflected in the above guidance is the initial implementation of our “15/50 plan.” This three to five year plan accelerates investments in our strategic growth initiatives, including capital expenditures in 2014 of $30 to $34 million. Successful execution of this plan, supported by our merchandise expansion strategy, should deliver incremental sales and operating margin improvement. The first number in the 15/50 plan refers to our objective to grow our eCommerce business to 15 percent of total sales. The second number reflects our expectation that sales derived from consolidated or revitalized stores will grow to 50 percent of total sales. The 15/50 plan represents the diversification of West Marine, positions us to realize higher profitability, and to be less seasonal and weather dependent, and allows us to serve our customers' lives more completely as a waterlife outfitter.

Under our previously-announced share repurchase program, we repurchased 608,530 shares of our common stock in open-market transactions for $8.1 million during the fourth quarter of 2013 and the first seven weeks of fiscal 2014 at an average price of $13.37 per share. As of February 14, 2014, we had $1.3 million remaining under our current share repurchase authorization. 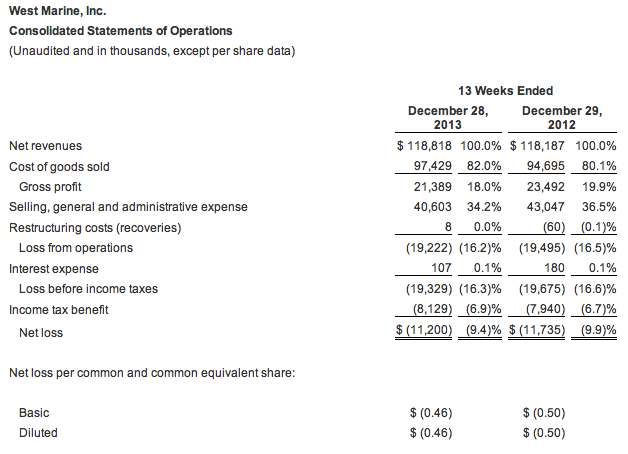 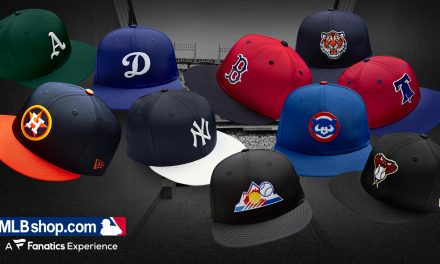