Net sales at its Stores segment declined 6.3% to $106.9 million, primarily a result of having 35 stores closed during the second half of last year.

Wholesale segment sales through the company's distribution centers for Q1 of 2007 were $10.4 million, a decrease of 0.9%. Net sales of the Direct Sales segment were $8.8 million, an increase of 9.9%, primarily due to increased Internet sales.

Peter Harris, Chief Executive Officer of West Marine, said, “Sales during the first quarter were in line with our expectations. Our comparable store sales performance was driven by the electronics category, in which we will see a later launch this year of key new products, which are just now hitting our stores. During the first quarter, we continued our focus on inventory productivity by clearing non-performing merchandise while improving in-stock rates.” 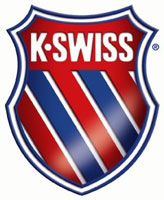 K-Swiss to Be Acquired by South Korea’s E.Land