West Marine Inc., in its first quarter under new CEO Matt Hyde, reported net revenues for the second quarter ended June 30, 2012 were $243.6 million, an increase of 3.2 percent compared to the second quarter of 2011. Comparable store sales grew by 2.1 percent over the same period last year.

“We are pleased with this quarter's results. Our merchandise expansion and store optimization strategies are helping to drive comparable store sales increases,” said the company’s new CEO Matt Hyde, who joined the company from REI earlier this year. “We continue to learn from these successes as we build on the opportunities in West Marine's business and work to identify areas where we can invest to drive future growth.”

The company experienced higher sales in core categories, as well as electronics, during the second quarter. It also saw growth in fishing and soft goods categories, reflecting the success of new store assortments and merchandise expansion strategies. Sales growth was also driven by increases in sales to wholesale customers through store locations, which the company believes resulted from ongoing efforts to better serve this group of customers.

Revenues from stores opened or expanded in 2011 and the first six months of 2012 contributed $17.8 million to revenues from the Stores segment. The impact of stores closed during these same periods effectively reduced revenues by $14.5 million. The majority of the store closures were a result of the ongoing real estate optimization strategy to evolve into having fewer, larger stores.

Net revenues in Direct-to-Customer segment for the quarter were $12.6 million, a decrease of $0.1 million, or 0.4 percent, compared to the same period last year. Our domestic sales demonstrated solid growth. This growth was offset, however, by lower sales to international customers.

Gross profit for the second quarter was $85.9 million, an increase of $1.0 million compared to 2011. As a percentage of net revenues, gross profit decreased by 0.8 percent to 35.2 percent, compared to gross profit of 36.0 percent last year. This decrease was driven primarily by a 0.6 percent reduction in raw product margins, due to a sales mix shift from higher-margin maintenance-related items toward lower-margin discretionary-type products such as electronics. The decrease in gross profit as a percentage of revenues also resulted from the de-leveraging of occupancy expense by 0.2 percent due to a $1.4 million impact of store closure reserve provisions. This reserve resulted from the closure of three standard-size stores and the opening of a flagship store in the same market, which was planned as part of the real estate optimization initiative. The reduction in gross profit margin was partially offset by a 0.1 percent improvement in inventory shrink results.

Selling, general & administrative (“SG&A”) expense for the quarter was $47.4 million, an increase of $2.8 million compared to the same period last year. As a percentage of net revenues, SG&A expense increased by 0.5 percent to 19.4 percent. Drivers of the higher SG&A expense included: $1.1 million in higher advertising to support additional circulation of marketing materials and to perform market tests; $800,000 in expense for new stores and higher store project expense reflecting the opening of five stores during the second quarter this year compared to three stores during the same period last year; $600,000 in additional compensation expense related to the recent Chief Executive Officer transition; and $200,000 of unfavorable foreign currency translation adjustments. 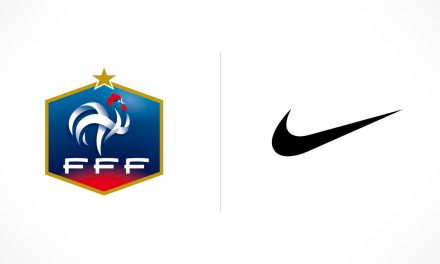