Italys Garmont srl has become the third major European ski, mountaineering and telemark vendor to split with its North American distributor in recent years. Garmont has bought the 50% of Garmont NA, Inc. it did not own from partners John Schweizer and Bill Hill. Schweizer, who served as president of Garmont NA, and Hill purchased their interest in the distributorship in 1998. As part of the transaction, the partners also sold their 5% stake in the Garmont brand back to Achille Morin, who owns the Italian parent company.


In an interview with BOSS, Schweizer described the parting as amicable and inevitable given the continued fall of the dollar against the euro.
“That played a major role,” said Schweizer, 60, noting that the euro had appreciated nearly 40% against the dollar since 2000. “What you are seeing in our industry is very clear. You are seeing that distributors of old are becoming owned by their parent company. The reason is there is not enough margin to support two profits in the distribution channel.”

Evidence of the trend includes Italy-based Scarpas decision to split with its U.S. distributor Black Diamond in 2005. Dynafit took over from its distributor Life-Link Backcountry Travel last year. Life-Link was subsequently purchased by Garmont N.A.. Of course, any successful distributor eventually puts itself out of business as sales reach a threshold where their parent company can justify running their own operations. The process was accelerated, however, by the weak dollar and weak winters.
Garmont NA was modestly profitable last year, but at a competitive disadvantage against its European competitors. “Our prices were always 10% above our competitors, like Scarpa, who had more margin to work with because they owned their distribution,” Schweizer said.

Schweizer said he and Hill earned a profit on the sale and will take an extended summer vacation. He said he will attend OR in August, but does not expect to begin focusing on his next venture until after Labor Day.
Schweizer sees some tough days ahead for the industry if the economy does not turn around soon. “Prices are going to rise with the weak dollar and everyone will continue to be stressed,” he said. “You will see less marketing. Basically the stronger brands will dominate because they already have brand recognition. So will grassroots marketing.”

The good news, however, is that foreign tourists will continue to pour into the United States and, eventually, the dollar will rebound. Somewhere in there may lie opportunities Schweizer can exploit. 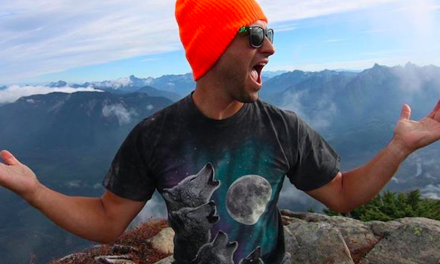