“We are pleased to report another solid quarter. Our second quarter results reflect the success of our growth strategies and the benefits of our global and diverse operating model,” said Joe Gromek, Warnaco’s President and CEO. “We continued to invest in our key growth initiatives, namely maximizing our Calvin Klein business, broadening our international footprint and expanding our direct to consumer business, which produced powerful topline results and delivered a 15 percent increase in adjusted income per share from continuing operations.”

“While consolidated net revenues were strong, wholesale results in certain U.S. and European businesses unfavorably affected our operating results,” added Gromek. “A more promotional environment and higher customer allowances adversely affected gross margin. We believe we have identified opportunities to drive improved performance in these markets and expect improved results as we move through the remainder of the year.”

“As we look ahead, we are committed to and have the balance sheet to support investments in our long-term growth strategies. In July, we made an important investment in India, expanding our Calvin Klein licenses in the territory and taking a controlling interest in a joint venture, with the goal of accelerating the development of our Calvin Klein portfolio in this dynamic market. We expect to continue to realize the benefits of our investments, in both net revenue and earnings growth, as we move through the remainder of fiscal 2011 and beyond.”
New Fiscal 2011 Outlook

Second Quarter HighlightsTotal company
Net revenues were up 14 percent to $591.4 million, compared to the prior year period.

All three of the company’s segments (Sportswear, Intimates and Swimwear) reported growth, led by Sportswear and Intimates. The company’s international net revenues rose more than 32 percent, compared to the prior year quarter, reflecting the powerful growth in the Calvin Klein and direct to consumer businesses, which more than offset a 4 percent decline in the U.S. net revenues. Worldwide Calvin Klein net revenues grew 19 percent, led by Asia and Latin America, each reporting growth in excess of 35 percent. The company’s direct to consumer net revenues rose 38 percent, fueled by aggressive square footage expansion and a 7 percent increase in comparable store sales.

Gross profit increased 12 percent to $258.3 million compared to the prior year quarter and gross margin decreased 50 basis points to 44 percent of net revenues. Gross margins were adversely affected by a higher level of customer allowances, an unfavorable sales mix and increased product costs, primarily in the United States and certain European markets.

SG&A expense increased 18 percent, compared to the prior year quarter, to $202.9 million, or 34 percent of net revenues. The increase primarily relates to incremental selling and distribution costs ($25 million) mainly associated with the expansion of the company’s direct to consumer business, incremental marketing costs ($4 million) primarily related to the global launch of ck one and incremental restructuring costs ($3 million), partially offset by a $3 million reduction in performance-based compensation expense and a $2 million benefit related to the sale of the company’s Nancy Ganz(R) trademarks in Australia and New Zealand. The effects of fluctuations on foreign currencies resulted in a $13 million increase in SG&A expense.

Income from continuing operations for the second quarter of fiscal 2011 includes a tax benefit of approximately $11.0 million associated with the recognition of pre-2004 net operating losses in a foreign jurisdiction as a result of receiving a favorable ruling from that country’s taxing authority in the quarter.

The effect of fluctuations in foreign currency exchange rates for the quarter increased net revenues by $29.2 million compared to the prior year quarter and decreased income per diluted share from continuing operations by approximately $0.03 per diluted share. An additional discussion regarding the effects of fluctuations in foreign currency exchange rates on operating results can be found in the company’s Form 10-Q, for the quarter ended July 2, 2011, which is being filed with the Securities and Exchange Commission.
Balance Sheet

Cash and cash equivalents at July 2, 2011 were $294.8 million compared to $172.9 million at July 3, 2010. During the quarter the company used $58.5 million to purchase approximately 1.1 million shares of its common stock, under its 2010 share repurchase program. At quarter-end, the company had approximately 2.4 million shares remaining under its 2010 share repurchase program.

Also during the quarter, the company raised $200 million under a senior secured term loan facility, which matures June 2018. Notwithstanding the new facility, the company ended the quarter net cash positive (cash net of short and long term debt).

Inventories at July 2, 2011 were $355.4 million up $77.8 million (or 28 percent) compared to $277.6 million at July 3, 2010 and down $8.9 million compared to the quarter ended April 2, 2011. The company’s significant expansion in its direct to consumer business accounted for $37.0 million of the increase while $33.0 million related to the growth in company’s wholesale businesses. The total increase in inventory includes approximately $15 million due to higher product costs, and $29 million due to fluctuations in foreign currency exchange rates. The company remains comfortable with the quality of its inventory and expects the trend to improve in future quarters.

Warnaco makes sportswear and accessories, intimate apparel, and swimwear under such owned and licensed brands as Calvin Klein, Speedo, Chaps, Warner’s and Olga. 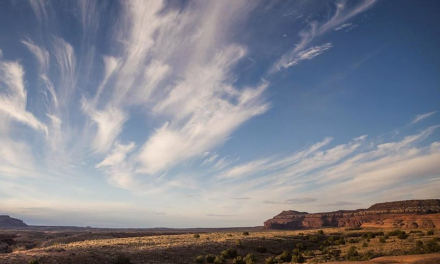