Vittoria Industries Ltd. has acquired a stake in Zehus that will hasten the Italian start-up company’s launch this fall of its smart hub as well as development of new power technologies for e-bikes that Vittoria deems critical to its transformation from a wheel and tire manufacturers to a high-tech innovation company.

Zehus is a Milan-based startup with a direct connection to the Polytechnic University (Politecnico di Milano).
The two companies said they have a shared vision for the future of green urban mobility and embracing projected market needs for truly circular energy-regeneration.

“Rather than simply a plug-powered recharging mechanism, humans will need to use and recharge energy as they ride, for the most eco-friendly solution,” said Rudie Campagne, Chairman and President of Vittoria.

Vittoria is one of the world’s largest manufacturers of bicycle tires, but is seeking to transform itself into a high-tech innovation company through its work with the recently discovered material of pristine Graphene and smart bikes. The company, which runs its manufacturing and R&D from Bangkok, Thailand, foresees the market for smart wheels increasing dramatically in coming decades with the spread of e-bikes and their integration with wireless and GPS technologies.

This is true not only in developed markets where high demand already exists, but also in developing markets like China and India. The companies plan to develop smart wheel systems by incorporating the Zehus all-in-one system in a Vittoria wheel, complete with Vittoria Graphene tires, which are ideal for green urban mobility.

Vittoria and Zehus have an aligned vision of the future in urban transportation. In teaming up with Zehus, Vittoria compliments its current product range of tires and wheels, with a smart wheel system. Out of the box, this system will be ready for installation on consumer bicycles, as well as on the assembly lines of bicycle makers around the world.

Taiwanese plant in the works
Zehus and Vittoria will set up a new company (VZ Industries LTD) in Taiwan for the production of Zehus power units. The first Zehus hubs will exit the new Taiwanese production line in September 2016.

Zehus S.r.l. in 2014 revealed the BIKE+ all-in-one hub shown here, which bundles motor, electronics, sensors and batteries in a single rear hub. This creation is connected to the cloud by using a seamless smartphone interface through Bluetooth, giving the user direct and detailed control of energy consumed and generated. Its unique Human Electric Hybrid system optimizes the energy while riding, which is designed to remove the need for charging the batteries altogether.

The unique technology and innovation developed has been recognized with several prestigious awards, such as China Cycle Creative product selection (2014), ISPO Brand new wheeler award (2015), LEVA Innovator of the year (2015) and best Italian startup according to Corriere della Sera (2015).

Vittoria Industries Ltd. is an international group that acquired the famous premium cotton tubular tires producer Vittoria Spa in 1990. Vittoria has built highly reputable partnerships within in the cycling industry and created a distinct brand image. Today, Vittoria Industries is one of the world’s leading manufacturers of bicycle tires with an annual production of approximately 7 million tires and 900,000 high performance tubulars and cotton tires. Its research & development center develops the best racing tires at all levels. Vittoria also entered the premium wheels’ market in 2014. 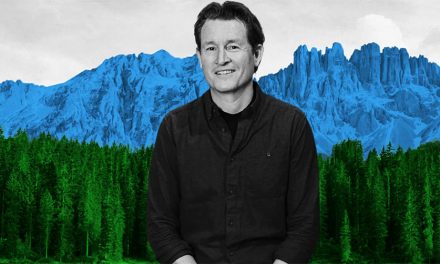