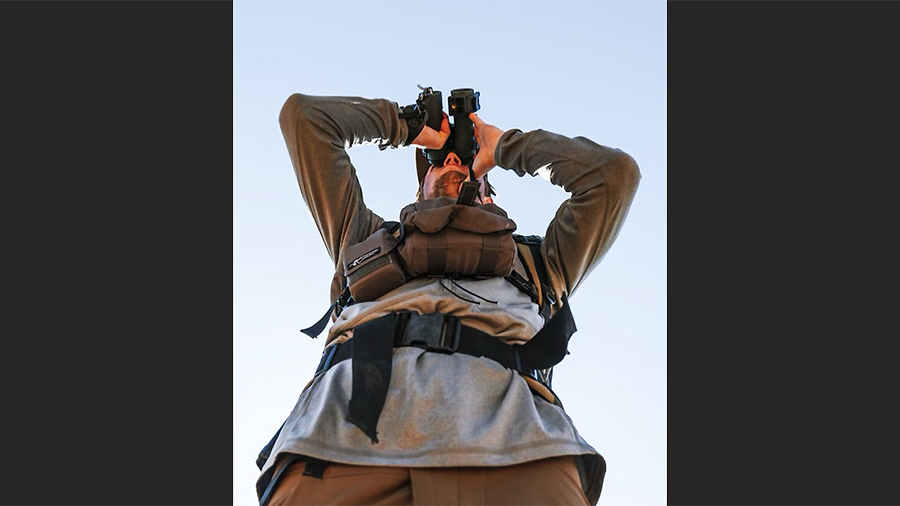 S&P said it now projects revenue to approach $3 billion and leverage of 1.2x in fiscal 2022, compared with its previous expectations of $2.4 billion, excluding acquisitions, and leverage of 1.8x. As a result, S&P raised Vista’s issuer credit rating to ‘BB’ from ‘BB-‘. to reflect its stronger credit metrics and publicly stated financial policy illustrating its commitment to sustaining leverage under 2x.

The stable outlook reflects S&P’s expectation that the company will remain acquisitive but maintain S&P Global Ratings-adjusted leverage below 2.5x over the next 12 months.

S&P said, “The upgrade reflects our view that leverage will remain near 1x due to Vista’s portfolio changes and strong demand for its products. We believe that Vista’s strategic decisions in recent years, including asset divestitures, consolidation of the U.S. ammunition market, acquisitions and product expansion in outdoor products, and debt reduction have led to stronger credit metrics than we had previously forecast. However, credit metrics can still be volatile and fluctuate into the 2x to 3x range in a downturn period due to its concentration in ammunition. Cyclicality in the ammunition industry is an inherent risk, but the company’s sporting and outdoor segment acquisitions, including Remington, Foresight Sports, Fiber Energy, and Stone Glacier, have strengthened its market position in their respective categories. Revenue growth of 37 percent and EBITDA growth of 118 percent through the first nine months of fiscal 2022 ended December 26, 2021 is attributed in part to 14 million new entrants participating in shooting sports over the past two years. While the stickiness of the increase in pandemic-driven participation rates of shooting activities is a key risk, we believe there is good demand visibility over the near term given the large number and diversity of new entrants. Recent ammunition cycles were driven by existing consumers stockpiling ammunition around the time of the U.S. presidential elections because there was uncertainty around their ability to purchase. We believe the current cycle is boosted by consumers’ interest in outdoor activities.

“We expect Vista’s S&P Global Ratings-adjusted leverage to decline further to about 1.2x for fiscal 2022, compared with 1.6x for fiscal 2021, which provides a meaningful cushion to manage inherent demand volatility for ammunition. We believe that the combination of the company’s modest leverage levels, lower fixed cost base, leading position in diverse product categories, and efficiency gains will meaningfully reduce the peak-to-trough leverage volatility experienced in past ammunition down cycles.

“The company’s ammunition business is better positioned today than five years ago, but environmental, social and governance factors remain a key risk. We believe that Vista’s scale and product offering in the ammunition business has improved and that the company is better positioned to navigate downturns following the Remington acquisition in 2020 and the firearms business divestiture in 2019. The ammunition sector today is concentrated. The top two companies in the space, including Vista, are estimated to hold over 50 percent of the U.S. ammunition market. This high concentration reduces the risk of excess production flooding the market and pressuring margins. While we expect the outsized participation growth in shooting sports seen during the pandemic to return to normal, the 14 million new hunters and shooters that have entered the category over the past two years should support higher levels of demand. In addition, Vista’s shift in product mix into more stable and more profitable ammunition types such as hunting and shotshell ammunition will also help sustain profitability.

“The surge in demand for ammunition over the past two years has increased Vista’s exposure to the category, which comprised about 57 percent of its revenue and 77 percent of EBIT during the first nine months of fiscal 2022. However, absent negative political or social shocks, we believe that the risk of a sharp shift in industry dynamics is low. The ammunition sector remains capacity constrained, with consumer demand vastly exceeding supply. Channel inventories are low, resulting in a multi-billion dollar backlog that will take over a year to fulfill. The company also continues to win ammunition contracts with law enforcement and the military, which will provide greater demand stability.

“Social, legal and regulatory risks related to the ammunition business are relatively higher than other consumer durables peers. The risk that large retailers cease to carry the company’s products, including its outdoor products, because of negative publicity or social pressure, is an ongoing risk.

“Vista’s Outdoor products segment adds diversification into growing and uncorrelated businesses. Vista’s recent acquisitions, including QuietKat, Foresight and Stone Glacier, further diversify the company’s outdoor products segment into fast-growing categories such as e-bikes, golf simulators, and mountain equipment. These products add to the segment’s existing hydration, outdoor cooking, and cycling accessories businesses. Seven of the company’s 10 over $100-million revenue-generating brands sit in this segment. We expect that strong consumer discretionary spending trends will remain healthy for outdoor products like bicycle gear, camping equipment, fishing, hunting, snow sports, and trail sports. Although these segments are vulnerable to reductions in consumer discretionary spending in the current inflationary environment or during downturns, we believe that the lifestyle nature and diversity in those product categories, and their well-known brands with strong market shares, makes them more resilient and can help offset, to a certain extent, weakness in the company’s sporting products segment.

“Inflationary and supply chain risks remain elevated, but we expect incremental pricing actions to result in sustainable profitability levels in fiscal 2023. Vista’s gross profit margin was up over 900 basis points (bps) in the first nine months of fiscal 2022, including a 700-bps increase in the third quarter. The company implemented pricing actions to offset rising material, labor, and transportation costs. The latest price increase becomes effective in fiscal 2023. Price elasticity has held up well in the current inflationary environment, particularly due to supply constraints in ammunition, but it could be a more meaningful challenge going forward as inflation outpaces consumer income gains and leads to lower consumer discretionary spending. We expect Vista to manage the higher cost environment through incremental pricing actions, but we forecast EBITDA margins will decline to about 21 percent in fiscal 2023 from 25 percent in fiscal 2022, which we view as a record level that is unsustainable. The lower margin expectation reflects our expectation for higher input costs, some decline in volumes as demand for ammunition slows, and a negative mix shift with greater contribution from the lower margin outdoor products.

“We expect Vista to remain acquisitive but believe that the company will manage S&P Global Rating-adjusted leverage under 2.5x. We forecast that Vista will generate about $350 million of free operating cash flow in fiscal 2022. We expect it will use proceeds for reinvestment in the business, to make tuck-in acquisitions, and for share repurchases. Vista’s board recently approved a new two-year repurchase program, allowing the company to buy back an additional $200 million, having nearly exhausted its existing program. Although we believe opportunistic acquisitions could potentially increase leverage above 2.5x, we expect the company would remain committed to de-leveraging over a 12-month period to stay within its publicly stated leverage targets of under 2x. We believe that the company would leave leverage headroom for the rating category if there were substantial ammunition downcycle.

“The stable outlook reflects our expectation that the company will continue to make acquisitions while maintaining leverage below 2.5x over the next 12 months.”