Harnitchek oversees the acquisition and supply of commodities, clothing, textiles, and other equipment for the Department of Defense. During his visit, he was provided an overview of the spectrum of products manufactured in North Brookfield, MA including soling for combat boots, military dress shoes, jungle boots, and the new domestically manufactured athletic training shoes.

“We appreciate Vice Admiral Harnitchek’s interest in learning more about the products manufactured in North Brookfield that directly support our soldiers, sailors, airmen, and Marines,” said Vibram USA Vice President Bill Ells.
“Every man and woman who serves our nation in the military wears a Vibram sole, and we are pleased to reaffirm our commitment to the Armed Services, especially on today’s solemn anniversary. On behalf of our employees, I thank Vice Admiral Harnitchek for DLA’s support of our domestic manufacturing.”

At the conclusion of the tour, Harnitchek addressed a gathering of Quabaug employees, including a large number of military veterans. The Vice Admiral’s remarks touched on the critical importance of the employees work manufacturing the most essential component of any military ensemble. He reflected on the added significance of this work on the 13th anniversary of the September 11th attack on the United States.

Vibram selected Quabaug in 1964 as its US manufacturing partner. Despite increasing competition from overseas production facilities, the partnership has not only lasted but flourished for 50 years and continues to create innovative footwear technology.

Founded in 1916 Quabaug began as a manufacturer of floor tiles, baby carriage tires, hockey pucks and a general line of mechanical rubber goods. The company has a 70-year history in the manufacture of soling for footwear and has been instrumental in manufacturing soles for the military from World War II and on.  It employs 250 people at its North Brookfield facility, where it manufactures Vibram shoe soling, QuaBoing resilient rubber surfacing, Vibram Disc Golf products, and shoe repair products.

Headquartered in northern Italy with US offices based in Concord, Mass., Vibram is recognized worldwide as the leader in high performance soles for outdoor, recreational, work and fashion footwear and is relied on by the world’s greatest climbers and athletes. In 2006, Vibram introduced its first finished product: Vibram FiveFingers, a revolutionary and patented toe shoe and an unrivaled alternative to conventional footwear. 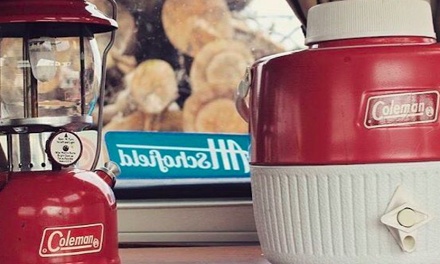 SmartWool Celebrates its Own Earth Day