VF Corp., which has historically been a supplier to the mass channel, expects that by 2012, 72% of its total revenues will be either international, its own retail stores, the specialty channel, or the upscale department store channel.  Speaking at the Citigroup Retail Conference,

Bob Shearer, VF's SVP and CFO, said the company's five-year plan released in January calls for average growth in the 8% to 10% area. But, the biggest growth channels will be retail, expected to grow at an 18% clip on average over the next five years; and, international, expected to expand at a 13% rate. By 2012, retail is expected to account for 22% of sales with international about a third.
VF expects to open between 75 and 100 stores each year over the next five years. Among its retail concepts, Vans will expand most quickly. With most of its stores in Southern California, the brand is rapidly expanding to other parts of the country. TNF, 7 For All Mankind, and lucy will all have significant new store roll outs as well. Internationally, Lee and Wrangler will open stores.
Shearer also noted that the growth plan called for 6% to 7% of sales growth coming from organic sources with 2% to 3% from acquisitions. VF had been more reliant on acquisitions for growth, but now sees organic driving sales due to some strong performing brands.
“That doesn't mean that we're any less interested in the acquisitions, just a little bit less reliant,” said Shearer. Acquisitions last year included Lucy, 7 for all Mankind and Majestic Athletic.
Regarding acquisitions, Shearer said that although the company has recently acquired 7 For All Mankind and lucy to build its contemporary area, it is still looking to for more outdoor brands.
In a question and answer session, Shearer noted that although market reports indicate that skate shoes are slowing down a bit, Vans continues to be a strong seller in the U.S., and particularly internationally in Europe. He believes the softness in skate is more on the hardgoods side than in apparel or footwear.
Data gathered by SportScanINFO showed overall action sports footwear decreasing in the mid-teens in dollars, though unit sales increased mid-singles. This sharp downturn in average selling price can be largely attributed to Heelys, however, as skate footwear increased over 30% for the quarter in dollars, with only slight ASP erosion.
“Speaking for our business, we have not seen that in terms of the Vans footwear or the apparel side as well,” said Shearer. “Both of them seem to be quite strong. A lot of the Vans' business is in fact in our own retail. And we are continuing to roll out new stores and seeing good comps within the stores that we have.”
Regarding higher manufacturing costs coming out of China, Shearer said VF has long been careful not to “get over-sourced in any one country.” He expects manufacturing costs for 2008 to be about neutral year-over-year as the company has shifted some of its manufacturing to different locations.
“A lot of that also has to do with building strong relationships with our partners,” Shearer added. “We're large enough that we can do that and leverage our scale. So, we think the approach that we've taken over the years has been very good for us. We're not going to look for the bargain manufacturer that may be a little bit lower cost out there. These relationships are very important to usSo, we're in a pretty good spot, we believe, especially looking at 2008.” 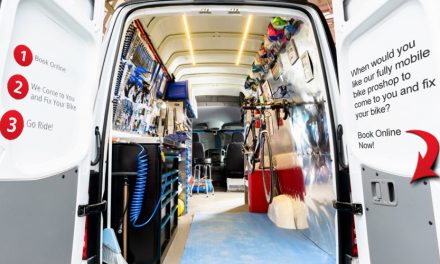 Amazon to Add Another Fulfillment Center